Some 60 million light-years away in the southerly constellation Corvus, two large galaxies are colliding, leaving a long tail of their erstwhile spiral arms. Spanning about 500 thousand light-years, the stars in the two galaxies, cataloged as NGC 4038 and NGC 4039, very rarely collide in the course of the ponderous cataclysm, lasting hundreds of millions of years. But their large clouds of molecular gas and dust often do, triggering furious episodes of star formation near the center of the cosmic wreckage.

It is called Antannae Galaxies because of their structure as some see it as antannae of bugs. But, I see a marriage of 2 galaxies in heaven! 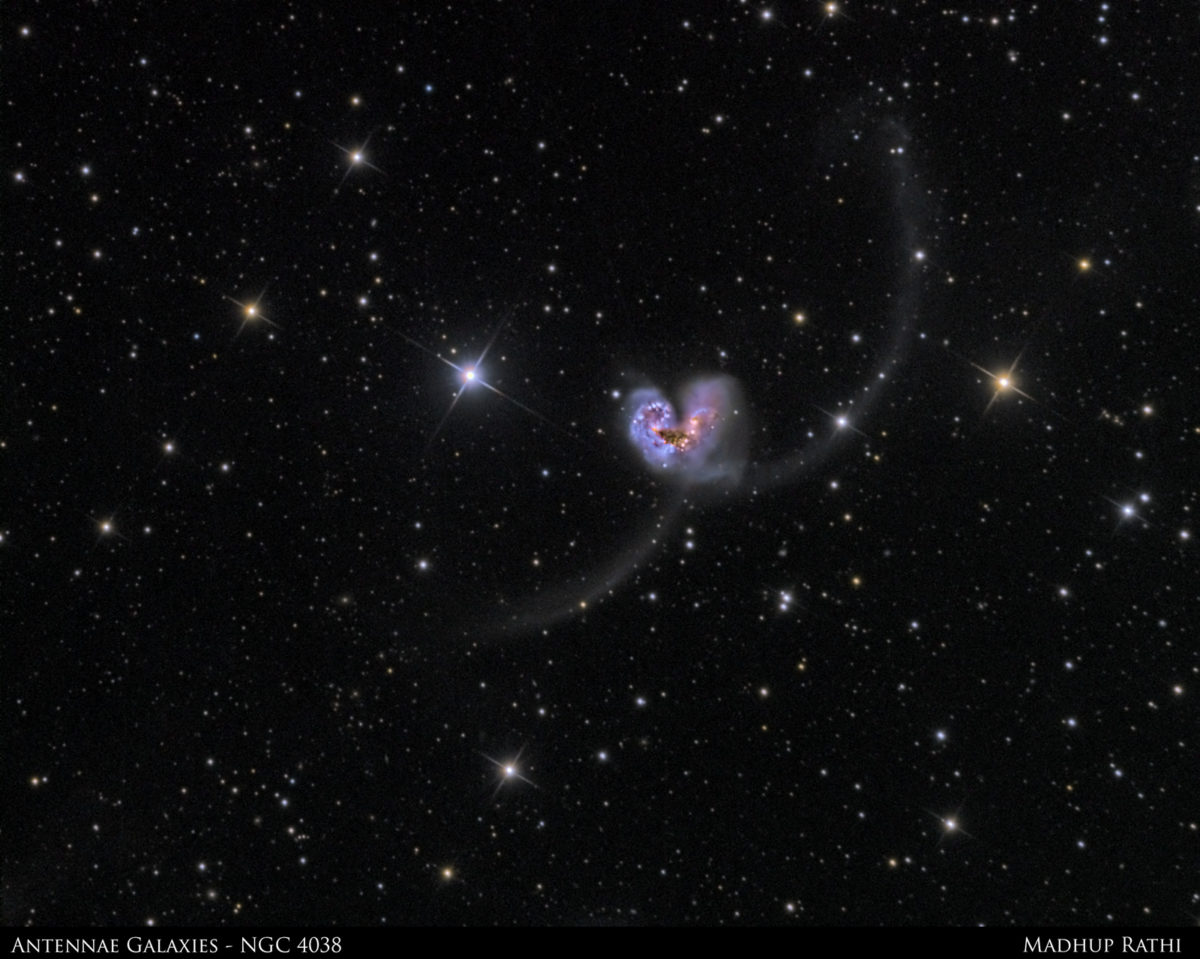