Although similar in mass to our Milky Way Galaxy, light takes about 60,000 years to cross M102, about 30 percent less than light takes to cross our own Galaxy. Why is that? If you zoom into the image, you will see the dark lanes of this galaxy is very thin. Since this galaxy has a very thin spiral arm structure and most of its stars are loosely bound to the galaxy above and below the plane of the spiral arms, the galaxy is less dense as compared to other similar sized galaxies and therefore spread over larger area.

Galaxy M102 lies about 44 million light years distant toward the constellation of the Dragon (Draco) and has at least 100 billion stars.

Given the prodding from Ray Moody, I looked further and found the galaxy right on the left edge of the picture (9 o’clock from center) to be a whopping 1063 million light years away!!!! Its catalog # are LCSB S2131N or PGC 3386739.

I took this image over 12 hours (Luminance 23 images of 20 minutes each and 9 images each of RGB colors of 10 minutes each). 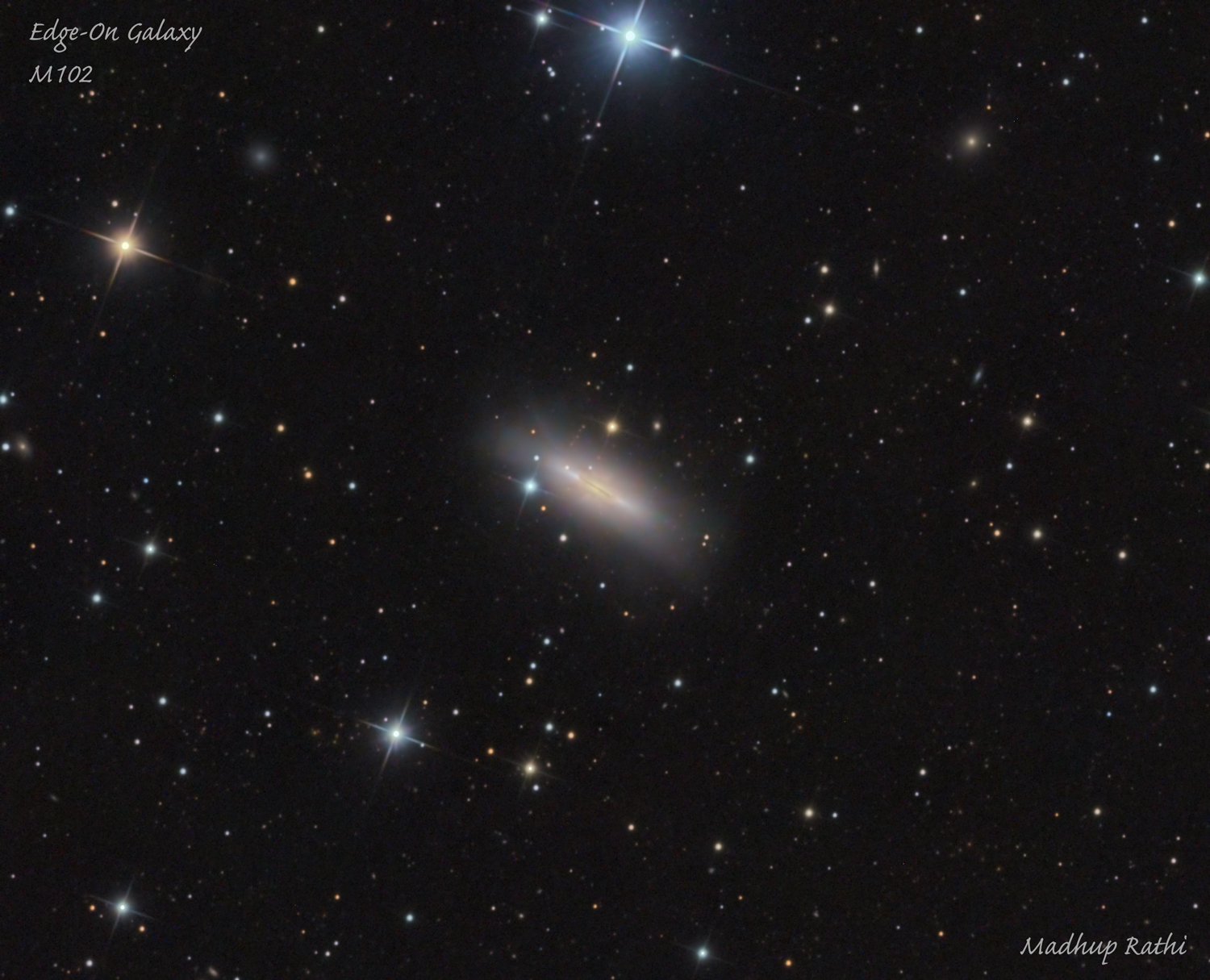 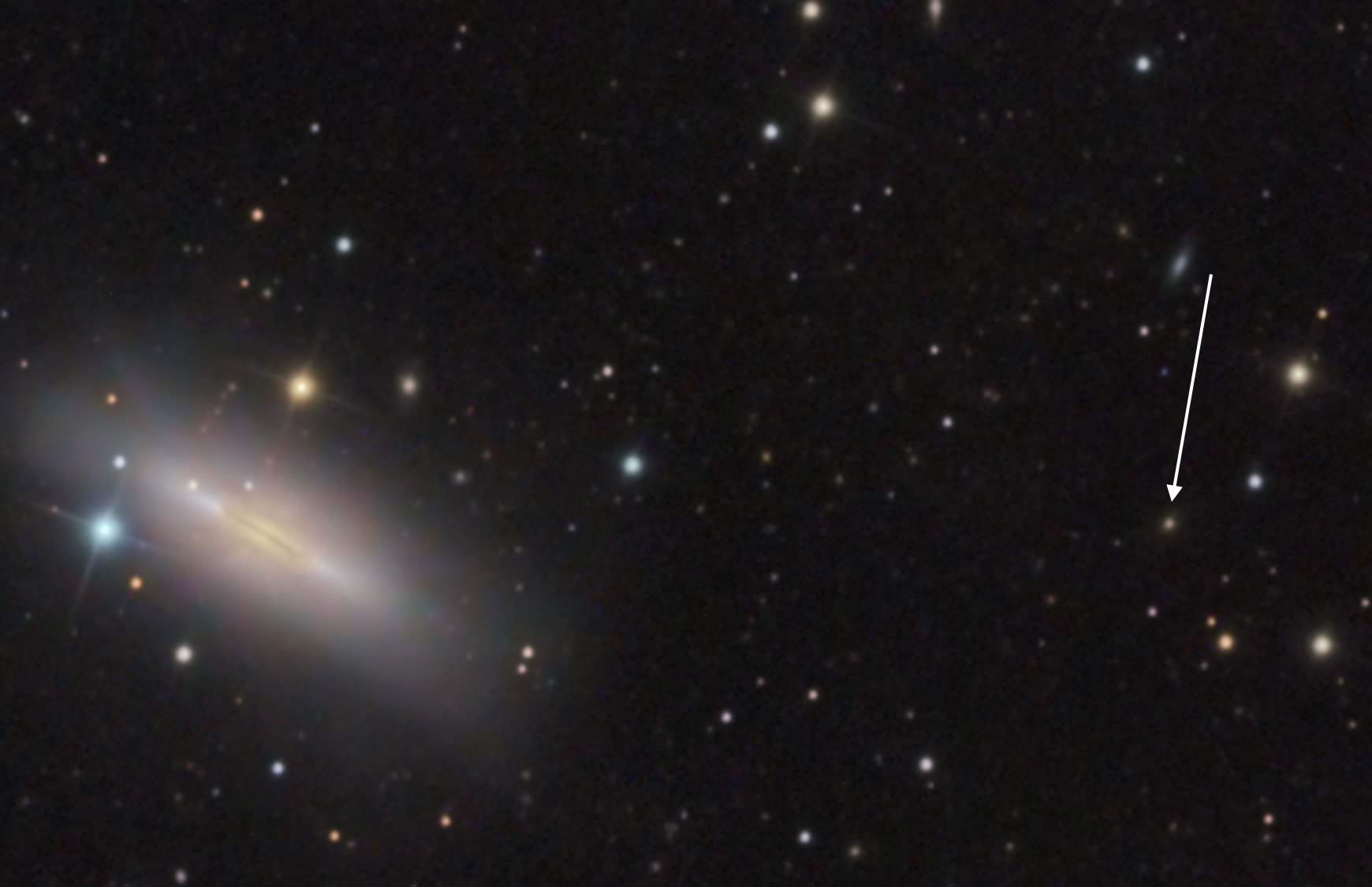