As some of you may have read, a rather large asteroid passed by Earth just a few hours back. Florence measures 2.7 miles (4.4km) in diameter and will not pose a threat to Earth for centuries to come. While other asteroids have passed closer to Earth, they were all estimated to be smaller. At its closest point, Florence – which was discovered in 1981 – was about 18 times the average distance between the Earth and the Moon. It may seem a lot, but at the cosmic scale it’s not a lot. See below:

The asteroid that killed all dinosaurs was about 6 mile (10 km) wide. Florence is about half in diameter, but is big enough to throw us back into stone ages.

NASA tracks these asteroids to fully understand their orbits and using the data from properly understood asteroids, they are better able to predict other NEOs (i.e. Near Earth Objects).

I pointed my telescope last night in the area where this asteroid was travelling and took an image every 2 minutes for 10 seconds to catch this reasonably bright object. I then put this image together and you can see the asteroid travelling from right to left. 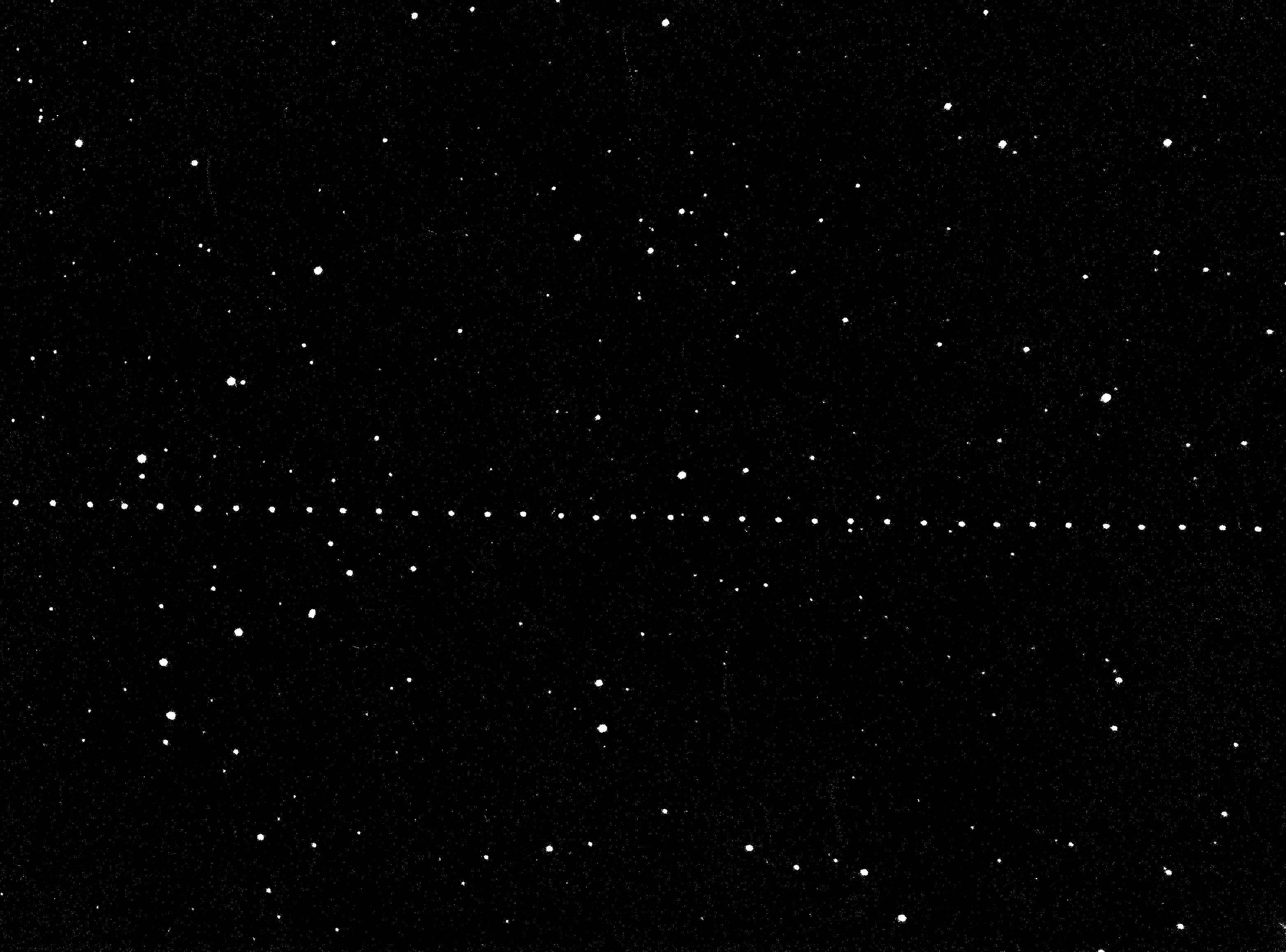