Our galaxy has ~150 Globular Clusters. These are group of stars that have about 100,000 to 500,000 stars and are bound to each other due to a central Black Hole and each such cluster revolves around our Milky Way Galaxy, but, above or below the plane of the galaxy. In other words, these are somewhat like micro-galaxies. They are called globular clusters, because they have a spherical form.

M107 is a globular cluster located in the constellation Ophiuchus. It lies at a distance of 20,900 light years from Earth.

Messier 107 is not particularly dense. Visually comparing its appearance to other globular clusters reveals that the stars within Messier 107 are not packed as tightly, thereby making its members more distinct like individual fans in a stadium’s stands. The cluster lies close to the galactic plane and is approaching us at 147 km/s. It contains about 100,000 stars, including 25 known variables and a few blue stragglers. Most of the stars in the cluster are very old. The estimated age of M107 is 13.95 billion years, which makes it one of the oldest globulars known.  The cluster has an estimated mass of 182,000 solar masses.

This is not a great picture by any standards as the stars are somewhat bloated due to prevailing atmospheric conditions, when I took this image. Also, There are not many stars in this cluster visually seen from Earth.  Additionally, I had to crop this image by about 50% due to some alignment issues.

For this image, I took 17 images of 10 minutes each and 9 images of 5 minutes each for each of the 3 primary colors, resulting in total exposure of 305 minutes (5 hours). This image was taken at 75 times magnification and then I cropped the image by about 60%. 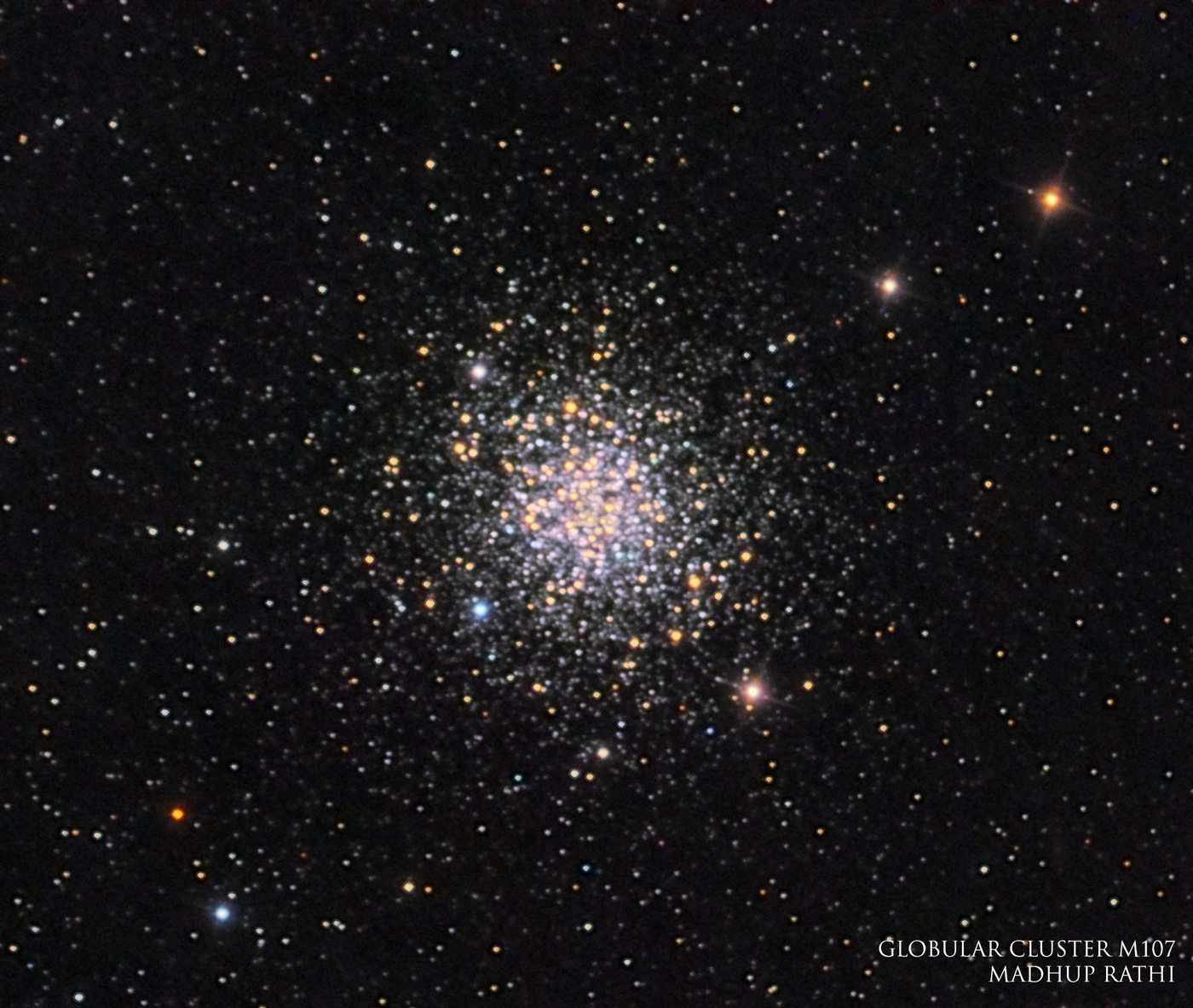