Usually most galaxies pictures that I post have spiral arm structure, dust lanes, definite shape and usually 100s of billions of stars. But, this image is of a irregular dwarf galaxy.

Irregular galaxies are those that often have chaotic structure, lack spiral arms and no nuclear bulge. It’s believed that these galaxies are shaped so because of gravitational influences from passing galaxies or larger neighboring ones.

IC 1613 is an irregular dwarf galaxy, visible in the constellation Cetus near the star 26 Ceti. It is approaching Earth at 234 km/s and is one of the closest galaxies to us at approximately 2.38 million light year. It is closer to us than the nearest large galaxy Andromeda galaxy and is substantially smaller.

IC 1613 is also considered a clean freak, as there is no star dust and we can see individual stars even from this distance.

The center has a visible bar like structure and overall has several star forming regions as evident by the red HIII regions surrounding hot blue O/B stars. Star ages range from 20 million to 10 billion years old.

Took this image over 6.5 hours with 8 luminance images of 30 minutes each and 5 images each of RGB color of 20 minutes each. 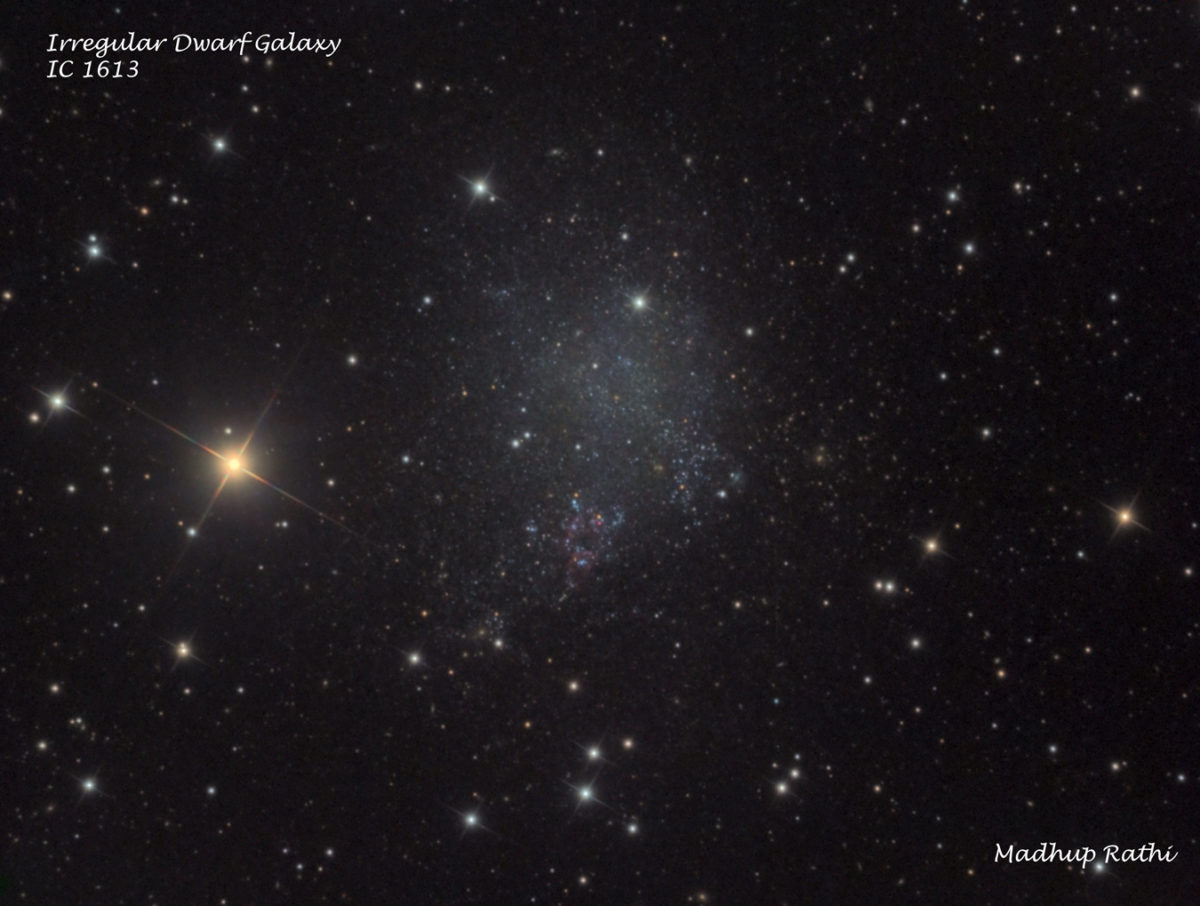