Also known by the popular name the “Little Dumbbell Nebula”, M76 is one of the fainter objects listed in Charles Messier’s 18th century Catalog of Nebulae and Star Clusters. Like its better-known namesake M27 (the Dumbbell Nebula), M76 is a planetary nebula – a gaseous shroud cast off by a dying sunlike star. The nebula itself is thought to be shaped more like a donut. In this image, emission from hydrogen is seen in red and oxygen atoms are in greenish blue. Distance estimates place M76 about 3 to 5 thousand light-years away toward the heroic constellation Perseus, making the nebula over a light-year in diameter. Took this image over 7 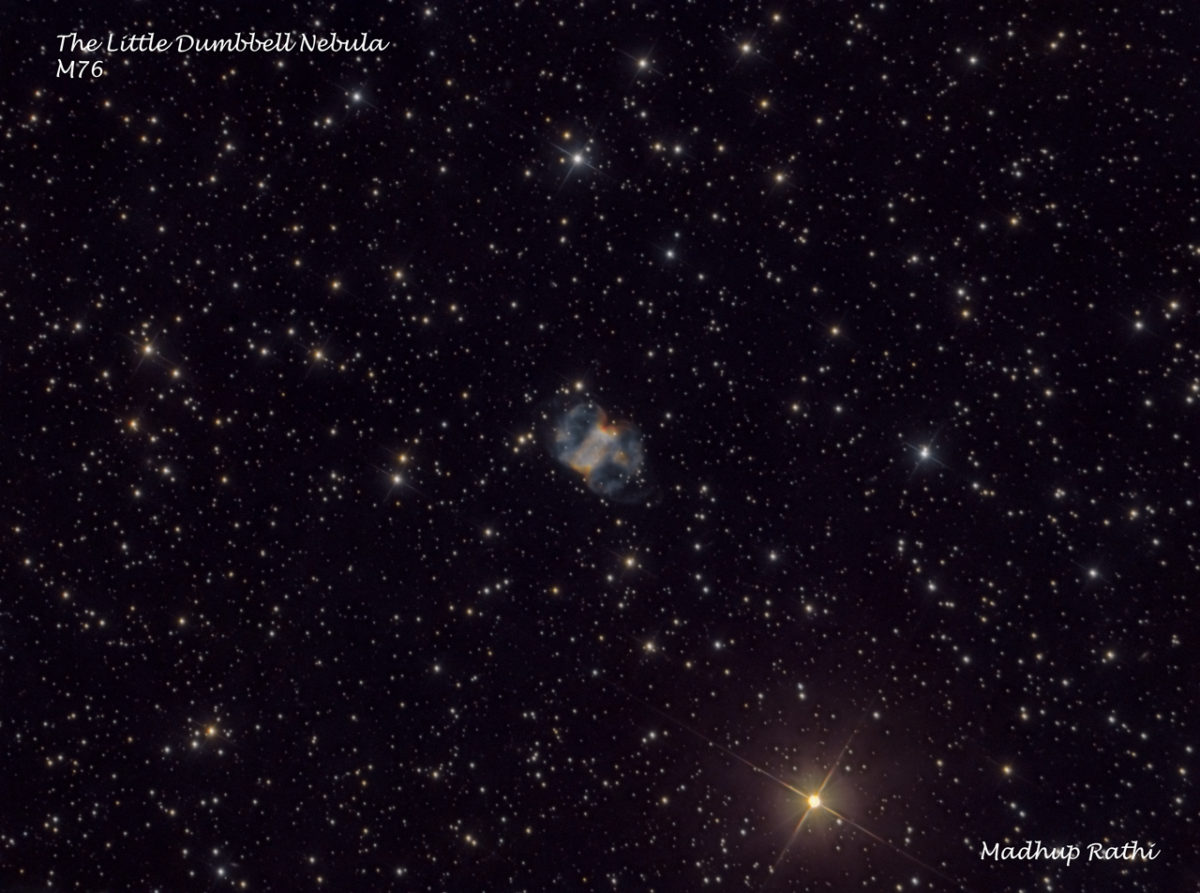