This is not a pretty image, but, you can see astrophysics in action here. This is a galaxy (named M77) about 47 million light years away. I took image of this galaxy last year along with NGC 1055 on the same field of view. Just last week, someone noticed a supernova blow up in this galaxy, so I went back and took an image of that area. and then zoomed in both pictures, and found that there clearly (even though very faint, simply because of distance) is a new bright object that appears in that galaxy. Here are two images and you will see a small little dot……..

For more information about Supernova, read up here – What is a Supernova?. 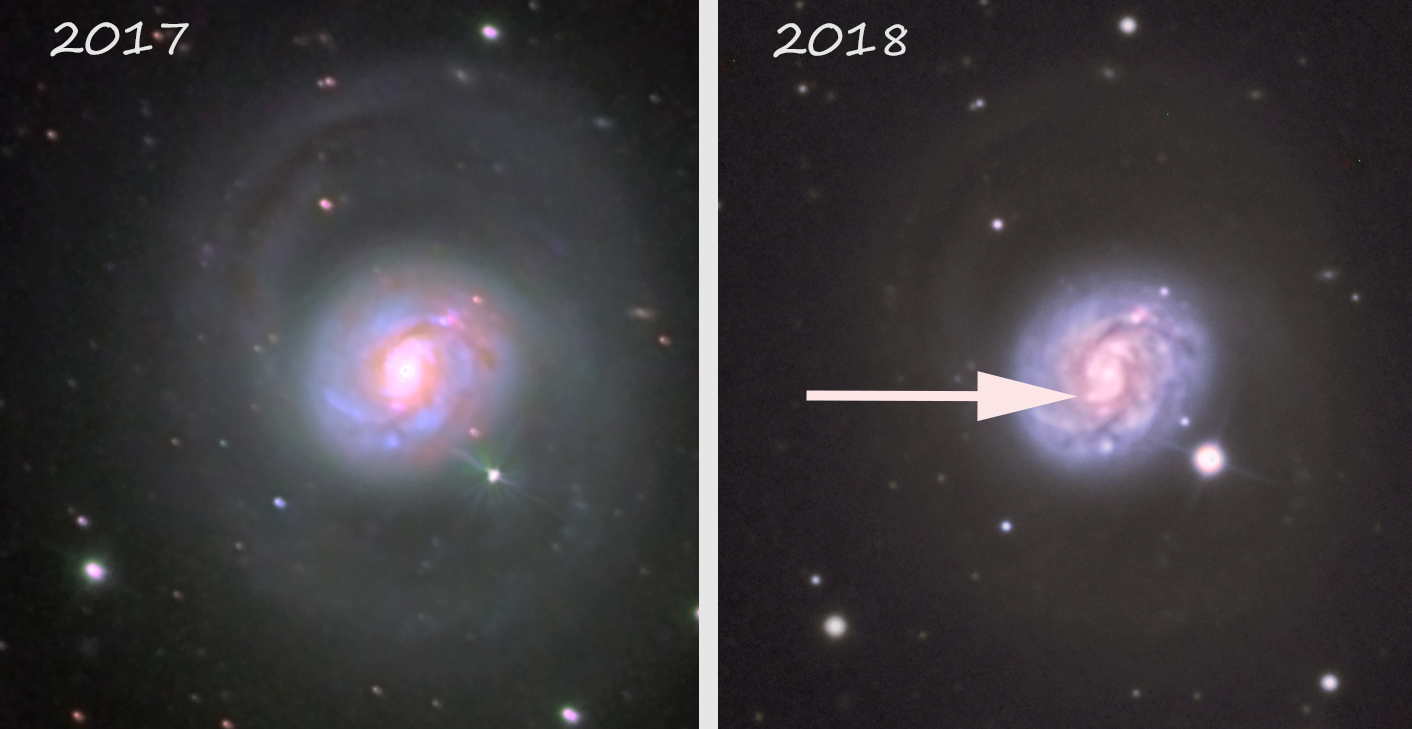 And here is the image and write up of previous year!

Two galaxies in the same field of view!

At the top left, large spiral galaxy NGC 1055 joins spiral Messier 77 (bottom right) in this telescopic view toward constellation Cetus. The narrowed, dusty appearance of edge-on spiral NGC 1055 contrasts nicely with the face-on view of M77’s bright nucleus and spiral arms. Both over 100,000 light-years across, the pair are dominant members of a small galaxy group about 50 million light-years away. At that estimated distance, M77 is one of the most remote objects in Charles Messier’s catalog. The field of view is about the size of the full Moon on the sky and includes colorful foreground Milky Way stars along with more distant background galaxies.

I took this image over 14 hours. There were 14 Luminance images of 30 minutes each and 7 images each of 20 minutes for Red, Blue & Green colors.

I have some collimation (alignment) problem with my telescope making the stars look rather strange. It’s being fixed shortly.