After a break (due to annual monsoons in New Mexico), I am back to astro-imaging. Imaging has started at NM and I should get a couple of images in a week as I am getting some clear nights slowly, but, for now, here is the image from Powhatan, Virginia, of the Milky Way’s central band as seen from Northern latitudes during summer. Most bright stars in our Milky Way Galaxy reside in a disk. Since our Sun also resides in this disk, these stars appear to us as a diffuse band that circles the sky. The heart of the Milky Way is crammed full of gas, dust, and stars. The bulge is the reason that we can only see a small percentage of the total stars in the galaxy. Dust and gas within it are so thick that we can’t even peer into the center of the Milky Way, much less see out the other side. This image contains an area of the sky from Aquila constellation on the top to Sagittarius constellation on bottom left. I took this image with a regular DSLR camera without any telescope, but used a telescope mount to keep the camera aligned with Earth’s movement. 78 images of 30 seconds each. The focus was not perfect so the image is not as good as it should be. 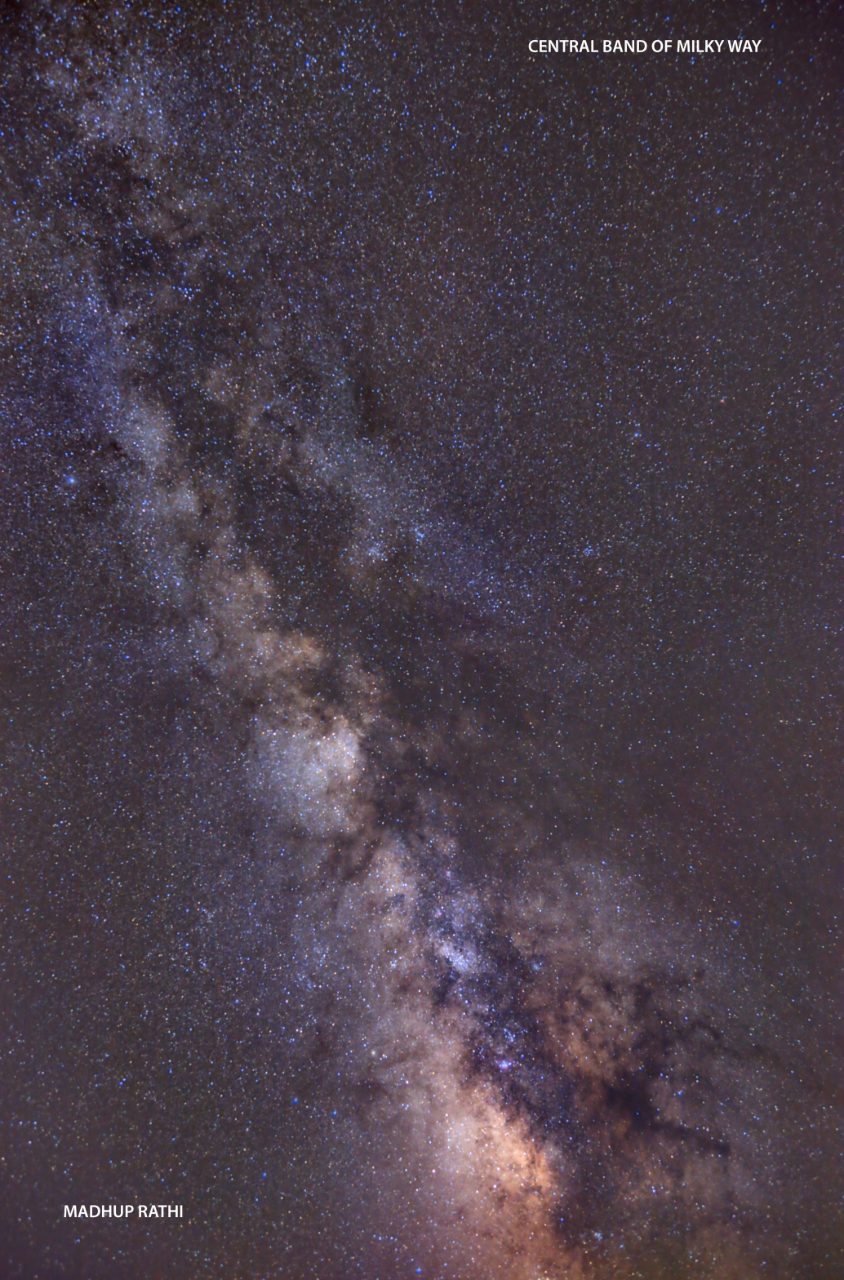