Peculiarly shaped spiral galaxy NGC 772 is found within constellation Aries, some 130 million light-years beyond the stars and nebulae of our Milky Way galaxy. This island universe is peculiar because it sports a single prominent outer spiral arm, where at a 90 degree rotation, you can see a ‘comma’ sign! Usually most spiral galaxies have at least 2 arms!

Its brightest companion galaxy, compact NGC 770, is toward the upper right of the larger spiral. NGC 770, the fuzzy, elliptical galaxy along with other small satellite galaxies (all fuzzy blobs you see in the image) have probably given this shape to the large spiral arm due to gravitational tidal interactions.

If you zoom in and see (better on a PC screen), you will see a little very fuzzy area just to the upper-right of the small NGC 770. This seems to be a totally scattered and large group of stars, that at this distance looks like a cloud instead of stars.

I took this image last week over 13 hours. (12 Luminance images of 30 minutes each and 7 images each of RGB colors of 20 minutes each). 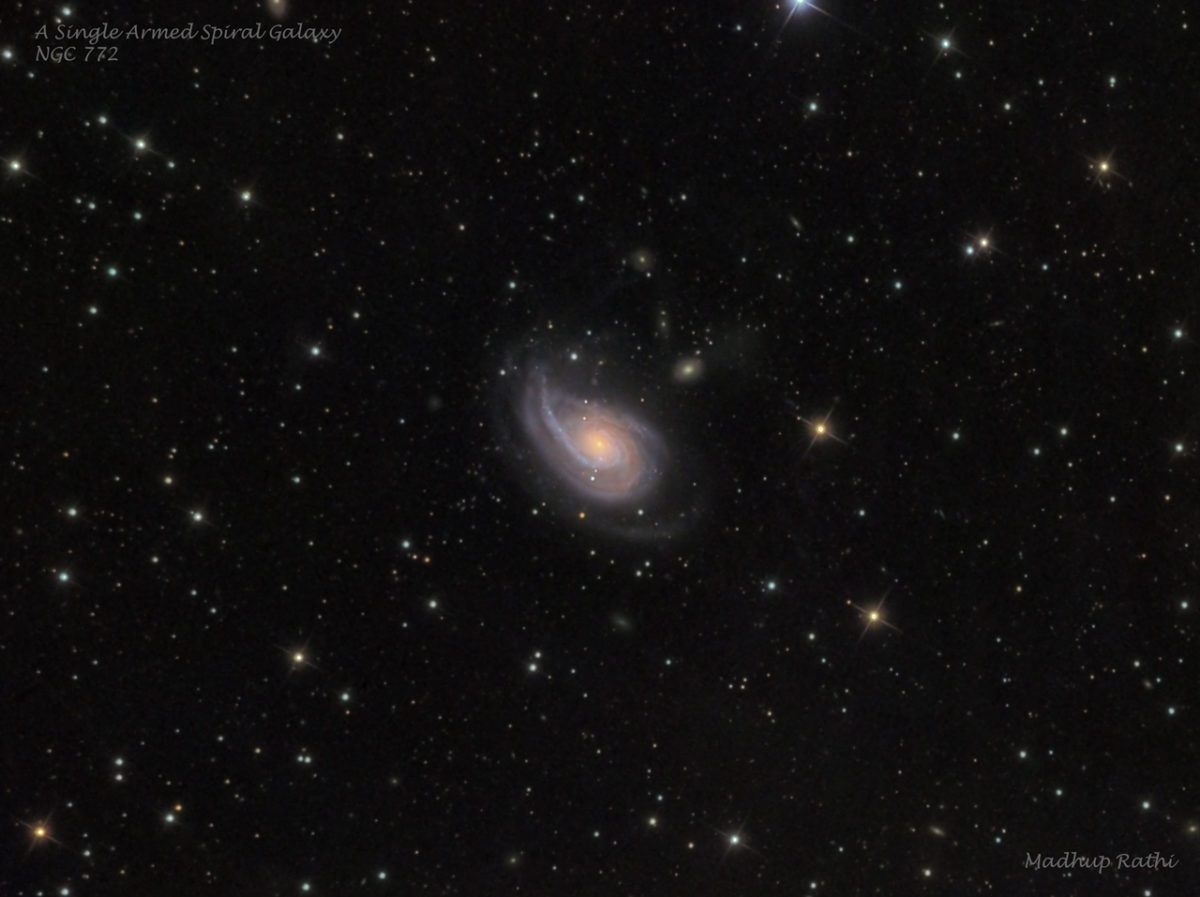