There are five galaxies in this image. They are all about 90-130 million light years away!!! Yes – light that you see now left these galaxies way before Dinosaurs were killed by the big asteroid (that extinction happened about 66 million years back).

NGC 691 itself is a spiral galaxy slightly inclined to our line of sight. It has multiple spiral arms and a bright core. Because it is so diffuse, it has a low surface brightness. It has a diameter of 126,000 light-years and is 124 million light-years away.

There is some evidence that IC 167 is interacting with nearby NGC 694 as they seem to share HI regions. However, this galaxy is only at ~ 90 million Light years away.

I took this image over almost 6 hours (10 Luminance of 20 minutes each and 15 color images of 10 minutes each). 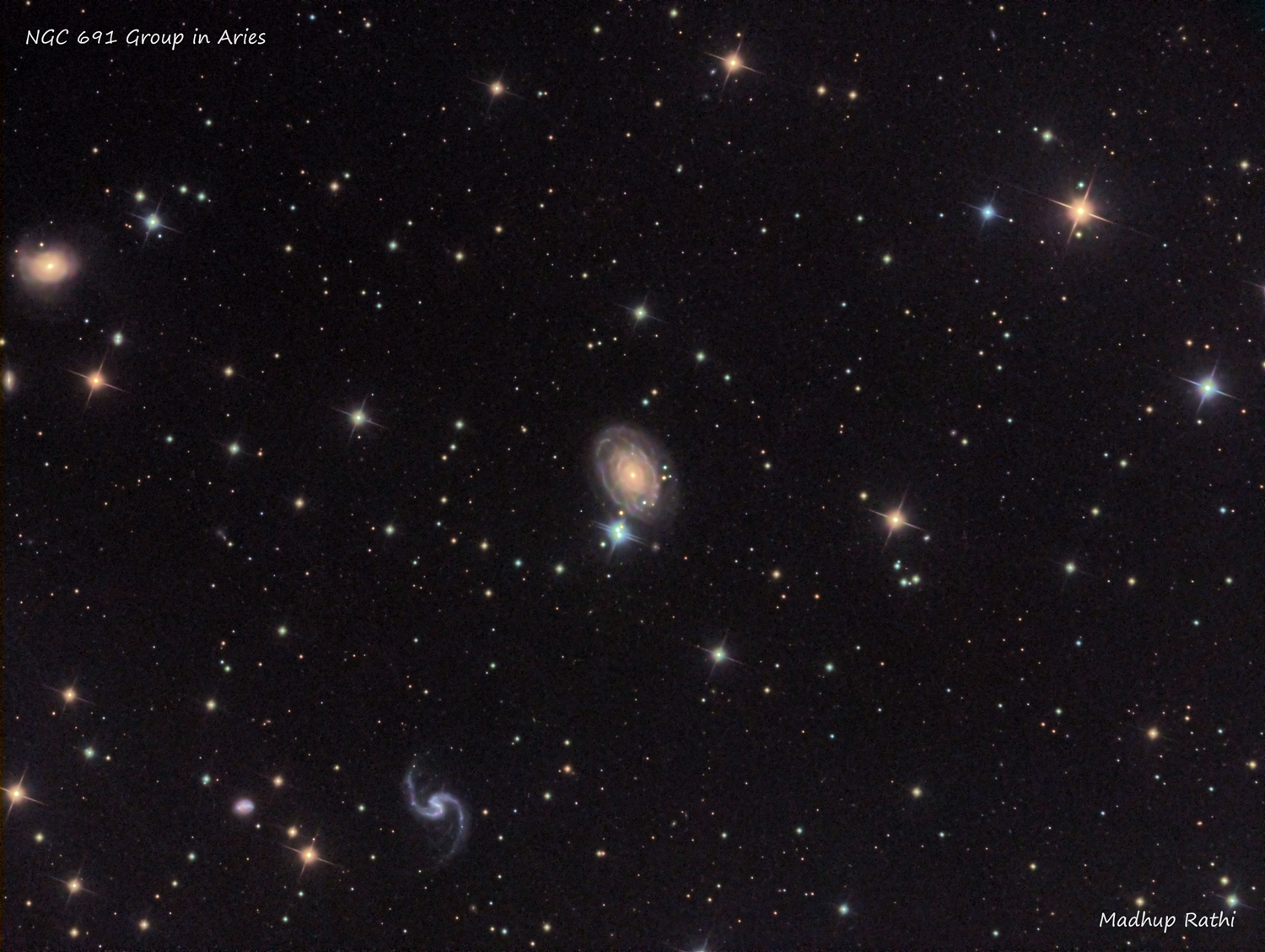