NGC 7789 is an open cluster in Cassiopeia. An open cluster is a group of up to a few thousand stars that were formed from the same nebula and have roughly the same age. More than 1,100 open clusters have been discovered within the Milky Way Galaxy, and many more are thought to exist. They are loosely bound by mutual gravitational attraction and become disrupted by close encounters with other clusters and clouds of gas as they orbit the galactic center.

Our own Sun was born in such an open cluster, which has since dispersed away.

NGC 7789 lies about 8,000 light-years away. Now estimated to be 1.6 billion years young, the galactic or open cluster of stars also shows its age. All the stars in the cluster were likely born at the same time, but the brighter and more massive ones have more rapidly exhausted the hydrogen fuel in their cores. These have evolved from main sequence stars like the Sun into the many red giant stars shown with a yellowish cast. Using measured color and brightness, astronomers can model the mass and hence the age of the cluster stars just starting to “turn off” the main sequence and become red giants. Over 50 light-years across, NGC 7789 spans about half a degree (the angular size of the moon). 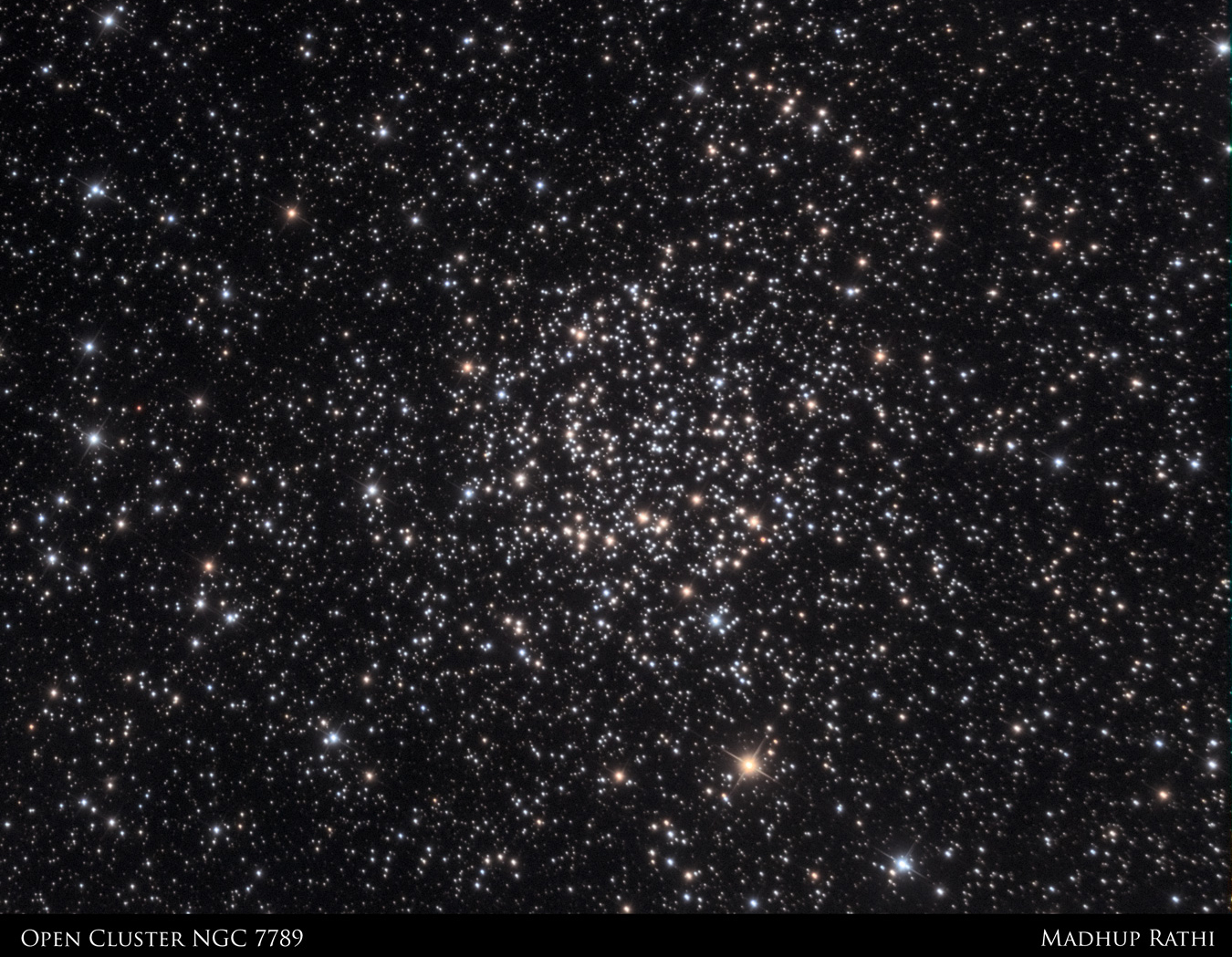