This is my first mosaic picture. My scope takes images at 75 times magnification. At that magnification, this object would have covered the entire frame, so I took 4 sets of images with some overlap and stacked the images and then stitched them. Processing was done after stitching on the composite images.

Pacman nebula is 10000 years away in the constellation of Cassiopeia. This gas cloud is an emission nebula and will result in these gases coalescing together to become hundreds of stars. There is a star cluster in the middle and stellar winds from these stars are sculpting numerous elephant trunk projections along the periphery of the visible nebula, analogous to the pillars of creation in the Eagle Nebula.

It’s called Pacman Nebula due to its resemblance to the video game character!

I spent a lot of hours taking this image. There were 4 sets of images. Each set was shot for 6 hours, so a total of 24 hours. (11 images of Hydrogen Alpha of 20 minutes each and 7 images of Oxygen III of 20 minutes each as well for each set) and processed as a bicolor image with Ha as luminance (Ha-HaO). 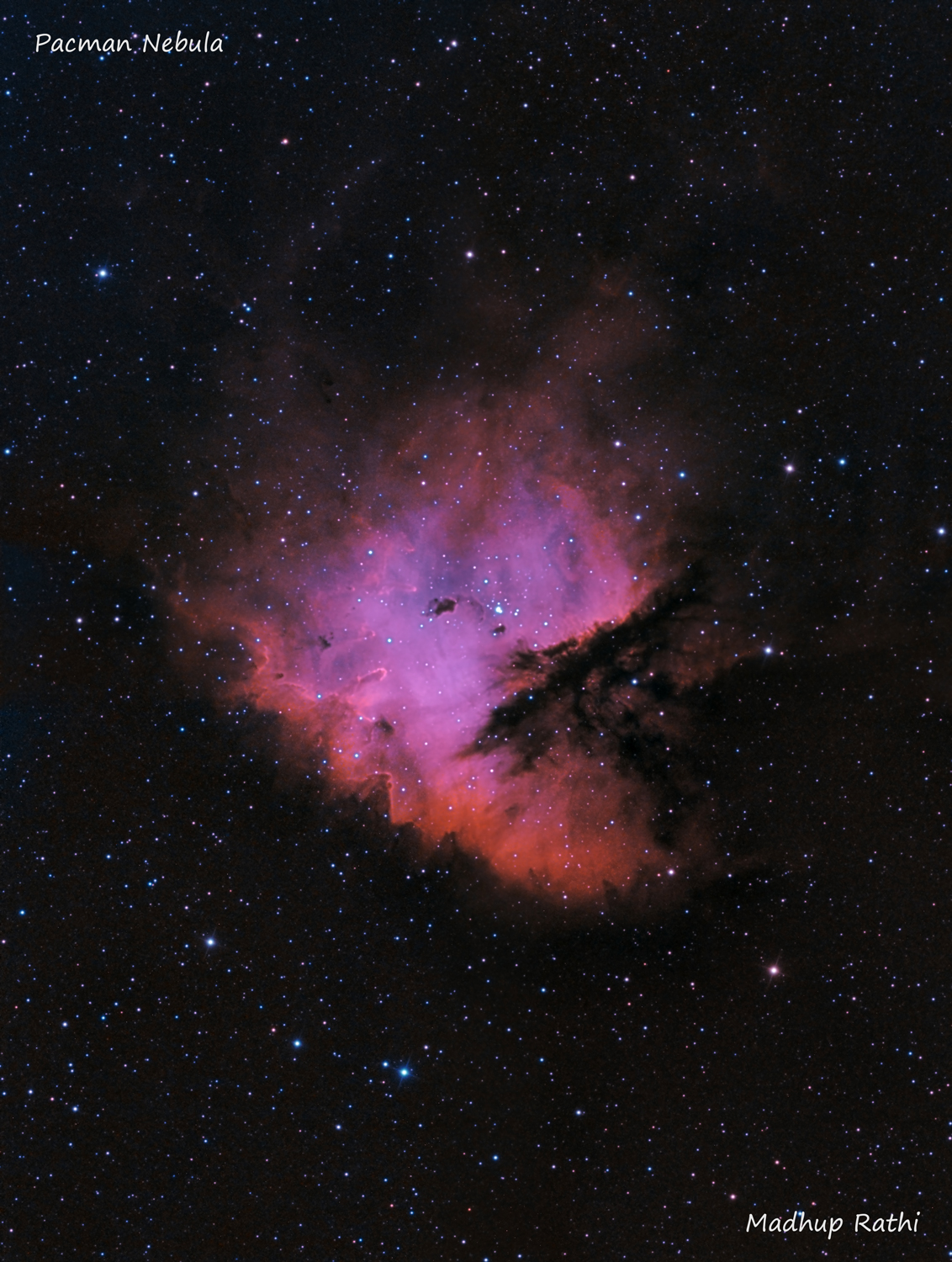