Sharpless 132 (sh2-132) is a faint emission nebula at the Cepheus/Lacerta border, it measures 42 x 30 arcminutes. It lies about a degree southeast of ε Cep. It can be glimpsed visually, but that takes a rich-field refractor and very very dark skies. Sh2-132 lies in the field of the Cepheus OB1 association. It is related to Cep OB1, whose distance is given as 10,000 to 12,000 light-years, thus it is located in the Perseus arm of our Galaxy, and measures more than 250 light years in extent.

Traditionally, it is called Lion Nebula, the shape that is visible at lower magnification, but, at my magnification (75 times), it is too close to see it as a lion. If you do want to notice Lion in this image too, it’s not that difficult. The curvy area on the bottom right is it’s chin. The protrusion on the right is its nose and the dark area close to the bright star to slightly upper left of the ‘nose’, is its eye. Seems too implausible, right?

So, I looked for the most conspicuous part of this picture and saw a little curvy shape just bottom-left of the center. I see a cobra sitting in its coiling manner and has a curvy head up and smallish tail showing at the bottom. Well – it’s just my imagination, but, I will call this image Cobra Nebula!! 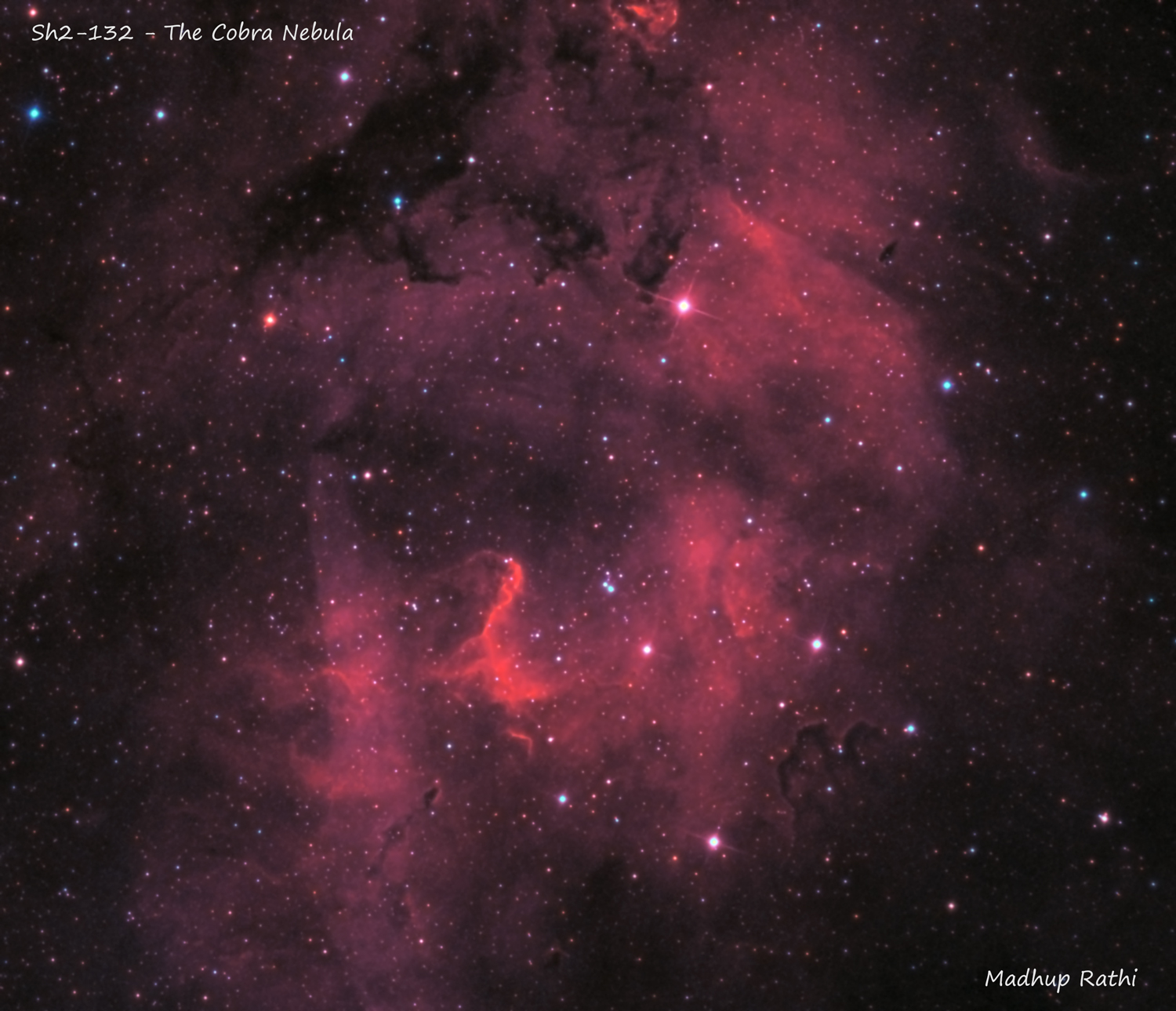