I had amazing luck with weather and great hosts (found on AirBnb) at Madisonville, Eastern Tennessee. But, not everything can go perfect. I had some last minute issues with my automated script that I wanted to run during totality to get the best shots. So, I ended up taking manual single shots during totality and with the the excitement just looking at nature’s GRANDEST spectacle, missed some key shots. But, I still got some good ones!

First is a timelapse of all images. Imagine right to be the West and left East. The Moon started eclipsing from the right (West) and slowly captured all of the Sun, before heading to the East of the Sun. All these images (other than totality’s 3 images) are roughly 10 minutes apart.

This is the first picture that I took during totality. The corona (the gases above Sun’s surface) and the prominences (which are large eruptions of luminous hydrogen gas that rise thousands of kilometers above the surface). There is a loopy prominence at 5 o clock and a small one at 7! 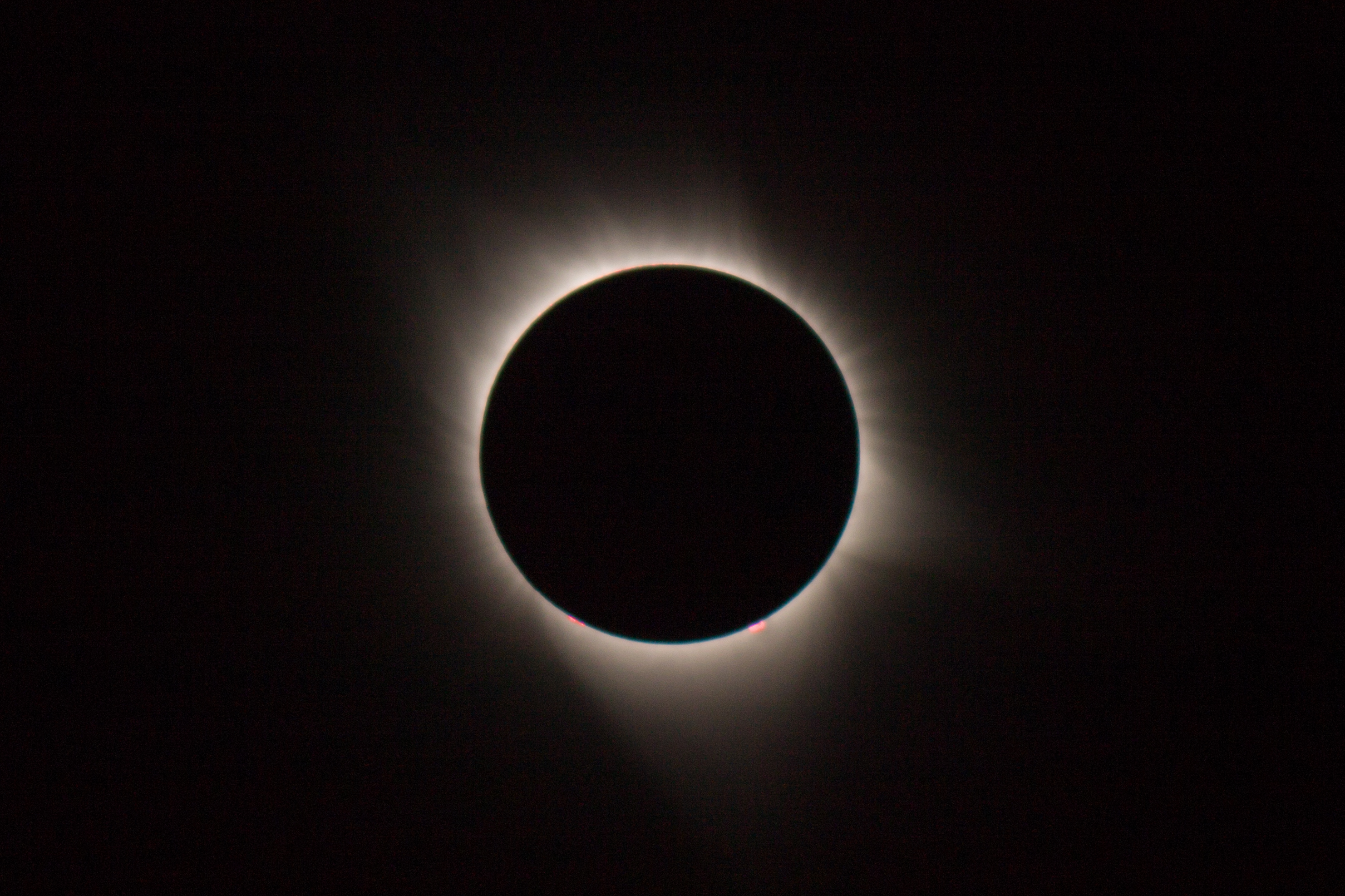 I also took somewhat longer images to capture the outer corona AND Earthshine! Since we are looking at the side of the Moon which is exactly opposite the Sun, some of the light falling on Earth is reflected back to the Moon, thereby shining Moon’s surface a little. 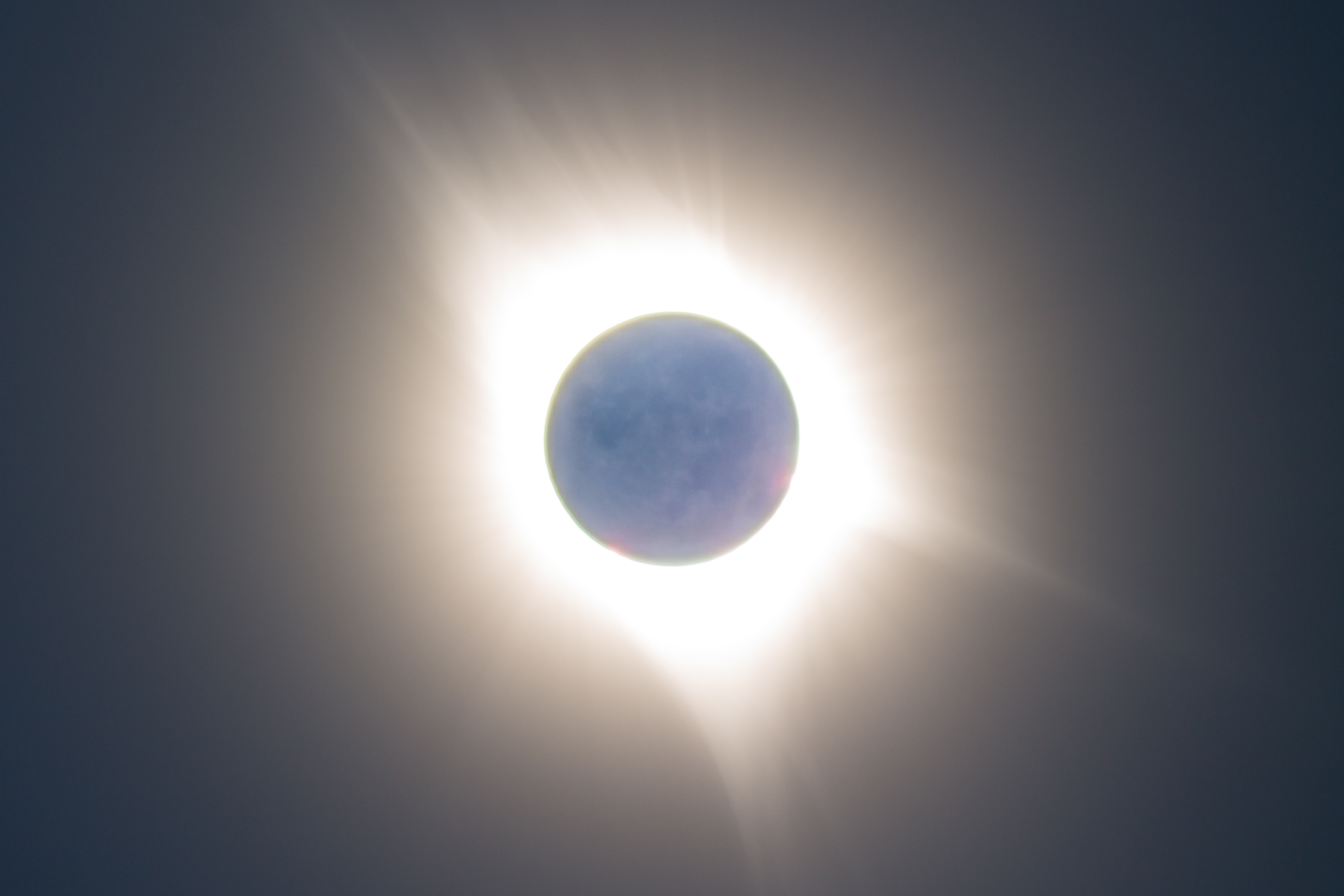 The exposure was too high for this image, but I still captured a phenomenon known as Diamond Ring. 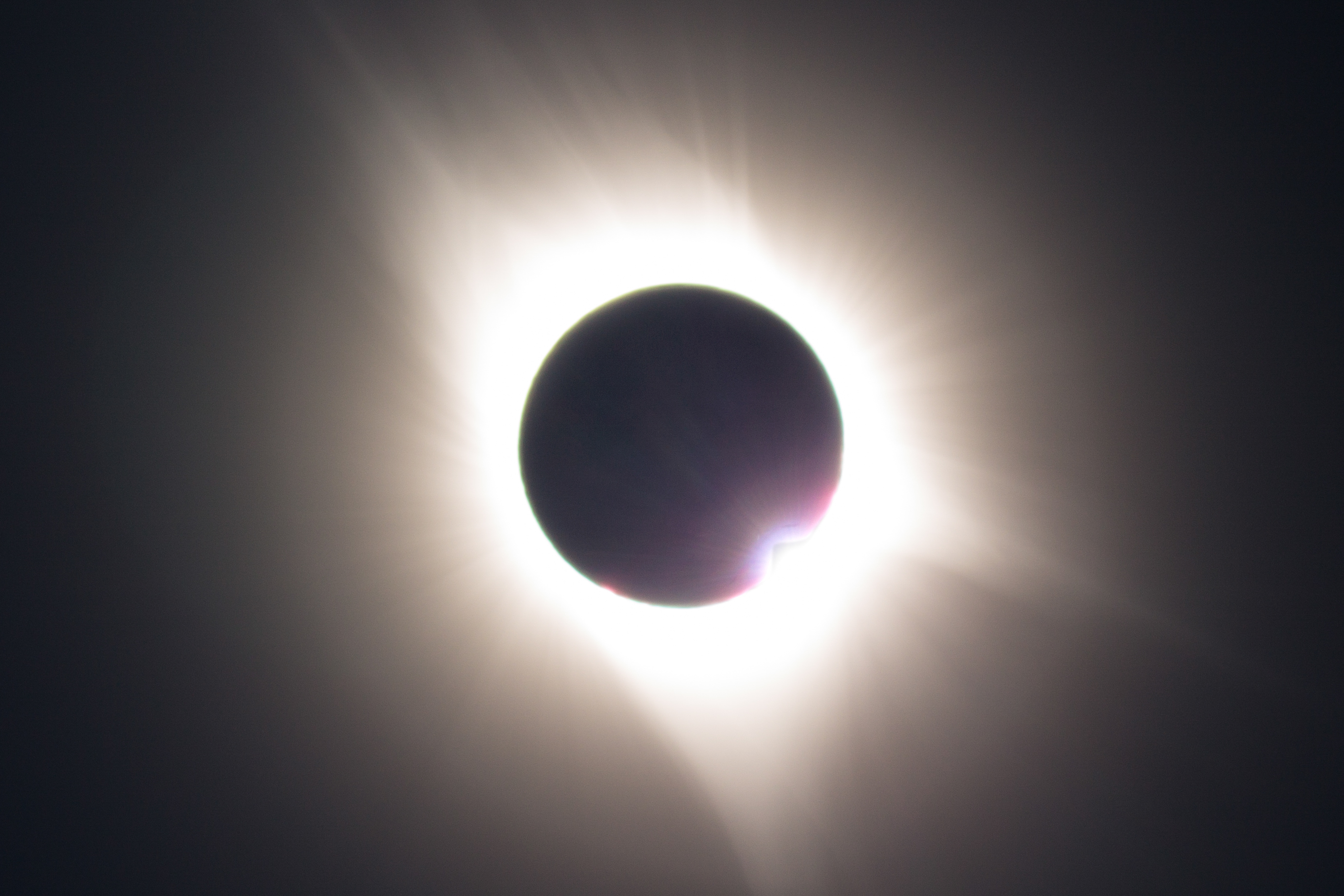