This helmet-shaped nebula with apparent wings is popularly called Thor’s Helmet. Thor’s Helmet is about 30 light-years across. In fact, the helmet is more like an interstellar bubble, lit up by a Wolf-Rayet star i.e. the central star that is an extremely hot giant, thought to be in a brief, pre-supernova stage of evolution. The nebula is located about 15,000 light-years away in the constellation Canis Major. This nebula appears in the Perseus spiral arm of the Milky way, that is behind us i.e. opposite of the core of the galaxy and that explains the density of stars in the image as we are directly looking into this spiral arm with a lot of stars.

Usually the HII nebula i.e. nebula that is ionized due to a bright star is pink-red (emitting light off of hydrogen gas clouds), but, this one shows mostly blue-green color because of strong emission from oxygen atoms, which is abundant in this gas cloud.

Thor is of course a Norse mythological figure. From the Indian mythology perspective, I will name it ‘महिषासुर’ (Mahishasur), the bull demon with horns, who was killed by Durga! 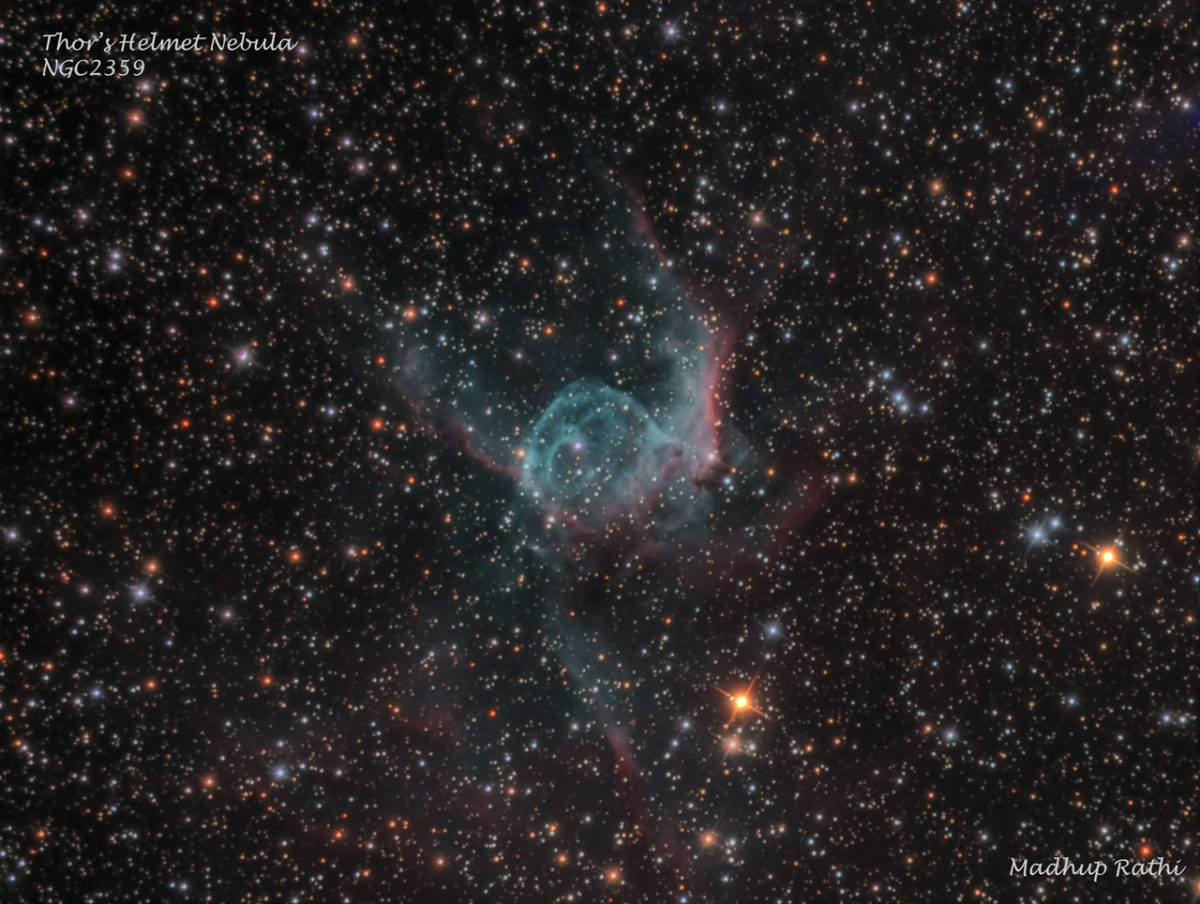