This is an image of Comet Lovejoy (designated C/2014 Q2). C/2014 Q2 (Lovejoy) is a long-period comet discovered on 17 August 2014 by Terry Lovejoy (an amateur astronomer like me) using a 8 inch Schmidt–Cassegrain telescope. It brightened to roughly magnitude 4−5 during January 2015 i.e. you can easily see it in a binocular and is one of the brightest comets located high in a dark sky in years. This picture has lot of photoshop activity. The comet moves in the sky relative to the stars in the background. The original image of the comet was with trailed stars and it looked ugly. So, I took one image just of the star field where it was to travel and super-imposed the comet onto the star field. Not scientific, but, who cares. It’s a pretty picture! Taken with a Stellarvue SV80S. 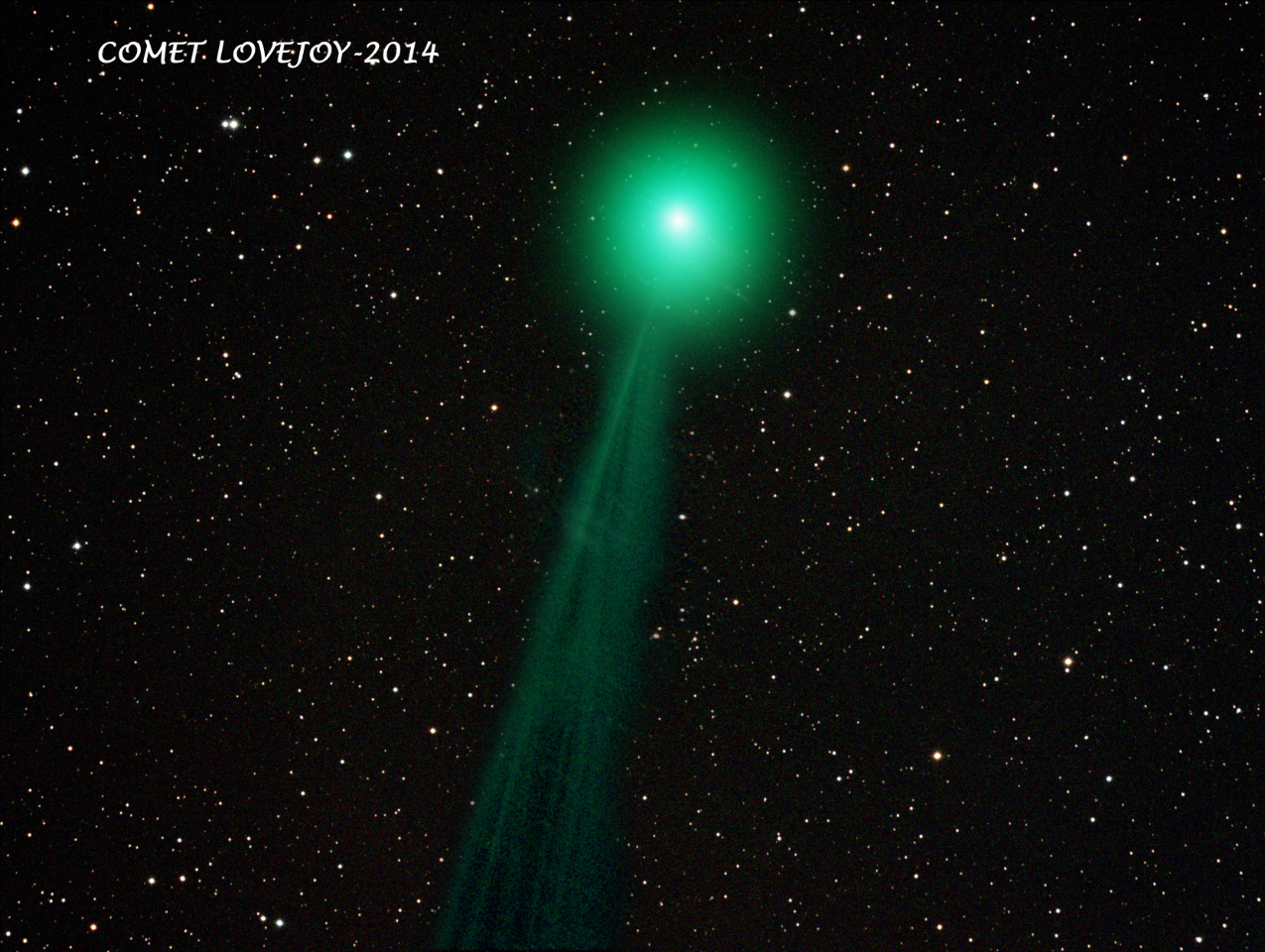