Stars such as our Sun do not contain enough mass to finish their lives in the glorious explosions known as supernovae. However, they are still able to salute their imminent demise into dense, Earth-sized embers called white dwarfs by first expelling colorful shells of gas known as planetary nebulae.

NGC 6781 is a nice representative of these cosmic bubbles. The planetary nebula lies a few thousand light-years away towards the constellation of Aquila (the Eagle) and is approximately two light-years across. Within NGC 6781, shells of gas blown off from the faint, but very hot, central star’s surface expand out into space. These shells shine under the harsh ultraviolet radiation from the progenitor star in intricate and beautiful patterns. The central star will steadily cool down and darken, eventually disappearing from view into cosmic oblivion.

I took this image over 6.25 hours (25 images of 10 minutes each, and 9 images each of 3 primary colors of 5 minutes each). This image was taken at 75 times magnification and then it was cropped by about 50%. 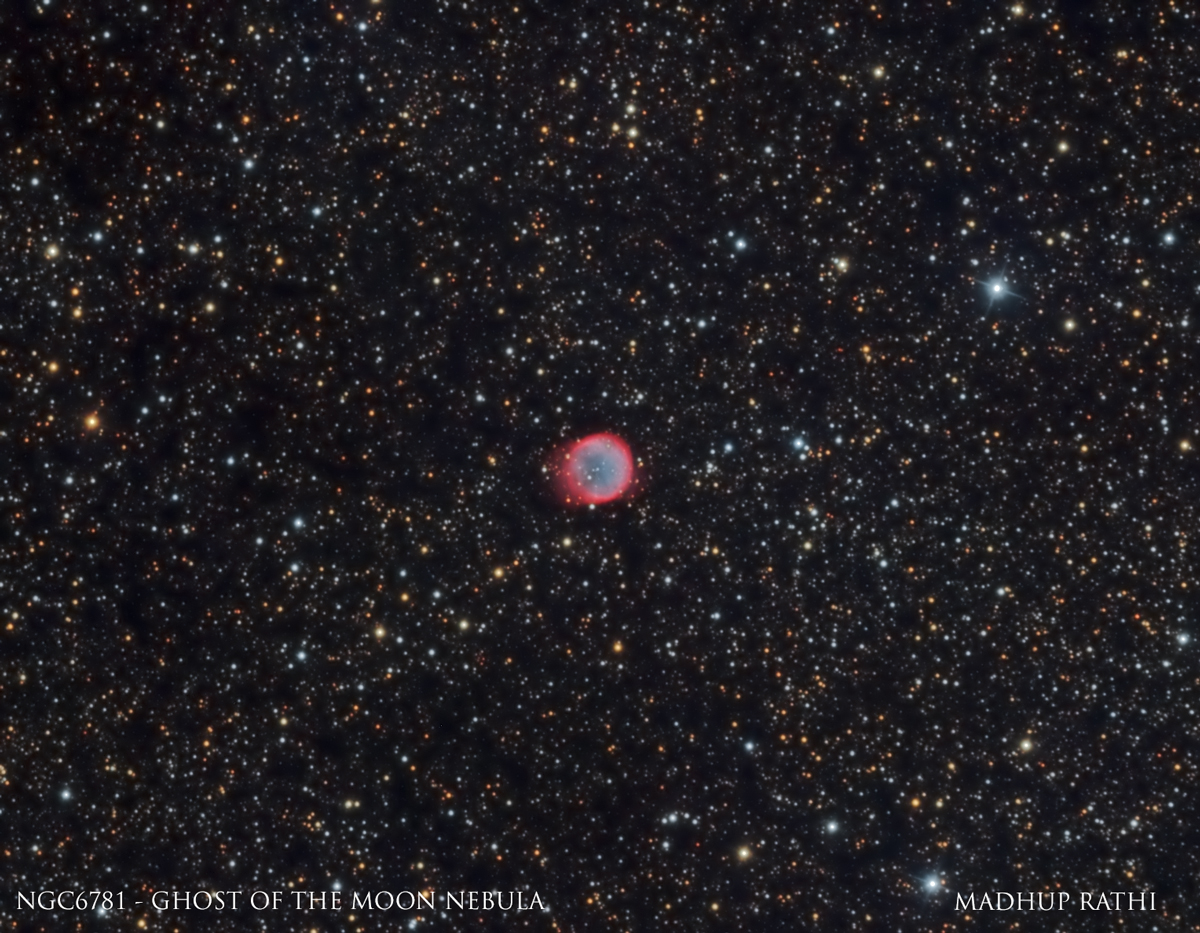