My telescope is now fully collimated (aligned), but these images were taken before collimation, so there is some amount of fuzziness.

But the objects are marvelous. The large Galaxy in the middle is NGC3184. It is approx 40 million light years away. Its hundreds of billions of stars and it’s blue color comes from quite a lot of young stars in that galaxy. All the pink stuff in the galaxy are various emission nebulae where new stars are still being created.

A supernova was noticed in this galaxy in 1999 and a zoomed-in image of the galaxy has an arrow pointing to the supernova that has considerably faded. See this picture at the bottom of the page.

Equally interestingly, the galaxy on top-right corner is NGC3179. This galaxy is about 340 million light years away! That’s a long distance and I am happy that I am able to capture the core as well as the outer arms of a galaxy that far away. Given that and its apparent size of about 1.6 by 0.45 arcmin, the galaxy is 150 to 155 thousand light years across. That’s larger than Milky Way by 1.5 times. 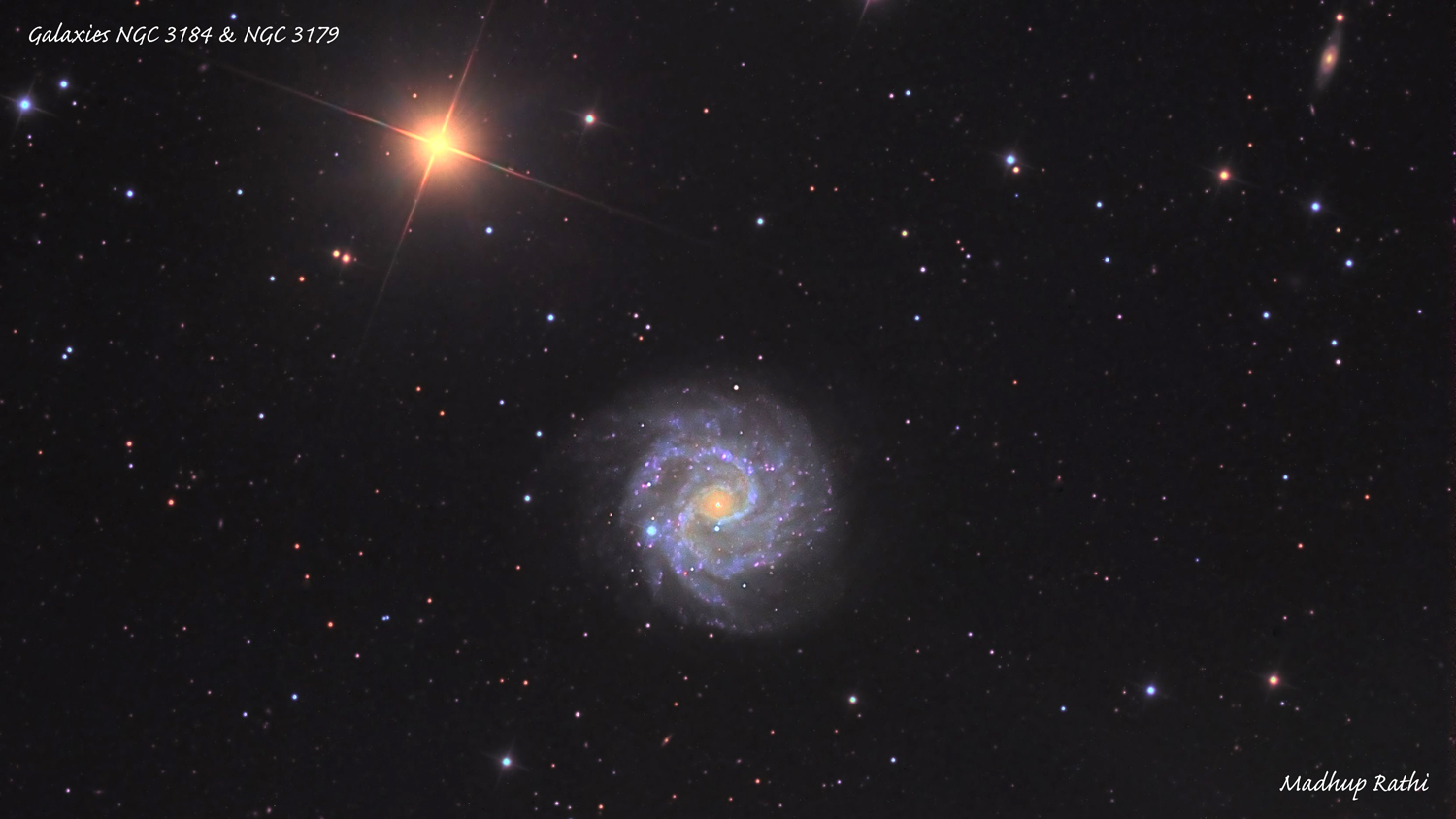 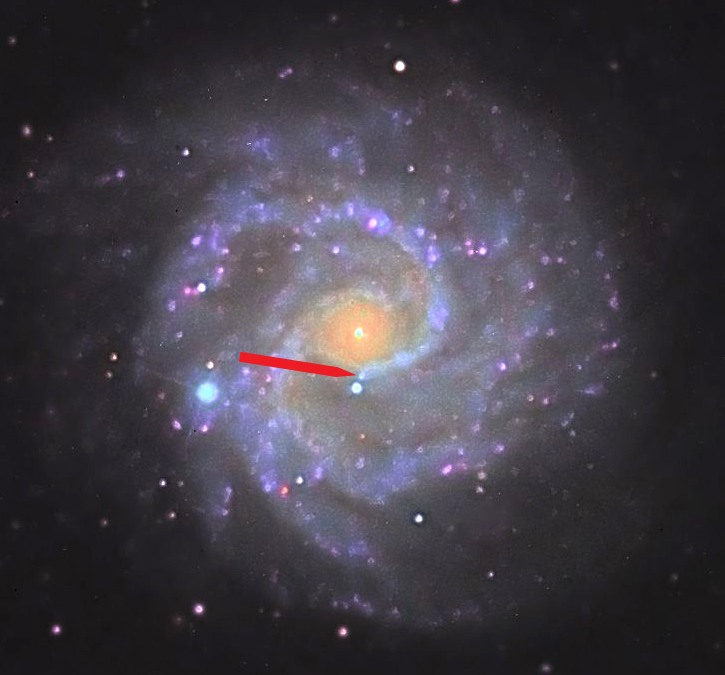