What I am going to write today is very controversial. Most Indians will not like it.

This is about Indo-China dispute over Doklam. If you look at the causes of the war of 1962, it becomes very obvious that we made the mistake of trying to enforce a British-drawn border, with a much stronger opponent China as opposed to a timid kingdom of Tibet. In other words, just because Tibet was too weak and accepted boundaries drawn by British, we wrongly expected that China, a much stronger opponent will also meekly agree to those unfair boundaries. One could easily argue that China is not a rightful owner of Tibet and therefore has no legitimate claim over Tibet’s lost territories but that is just wishful thinking. No right thinking person can now even think of China ever giving up on Tibet. So, current reality is that China owns Tibet and it will try to get all territories that it thinks belong to Tibet.

With that said, let’s take the current issue. Have you noticed that all Indian media have refrained from telling us specifically where the disputed boundary is, other than telling that it is generally near the tri-junction of Bhutan, India & Tibet? There is a reason for this silence!
Boundaries between 2 nations is usually bifurcated based on 3 factors, geographical, linguo-religio-cultural and purely historical ownership. In the case of the disputed area, the latter two factors don’t even exist as no one lives in the disputed area. So the ONLY factor in play in the geographical. In case of Indo-Tibet boundary, the division is based purely on the joining the dots of the highest mountain peaks of the Himalayan range. North of that line is Tibet and south is India, Nepal or Bhutan. McMahon line is that line.

See 3 maps here. First is the topographical map of the disputed area. 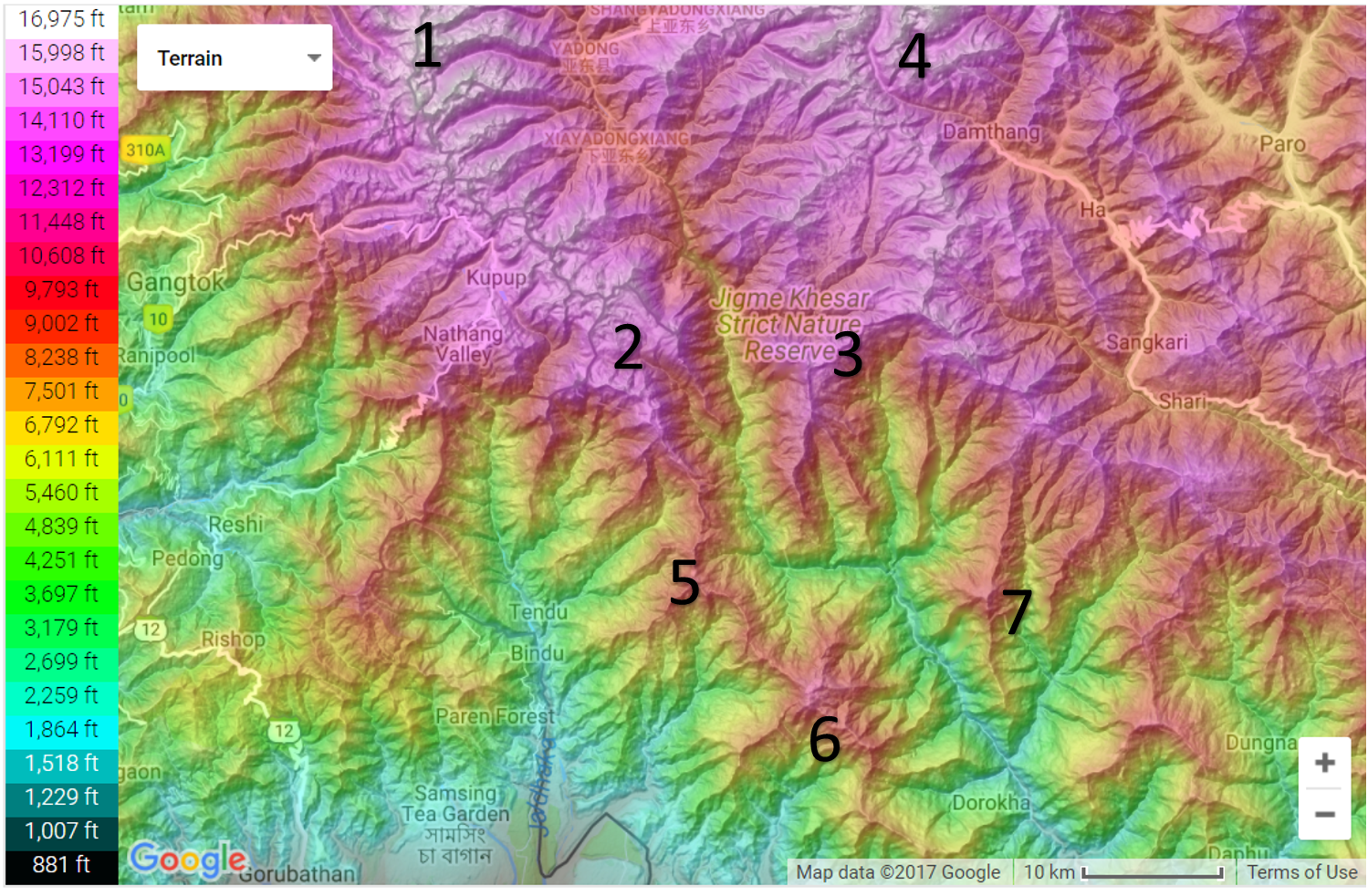 This map is a normal Google map of the same area. 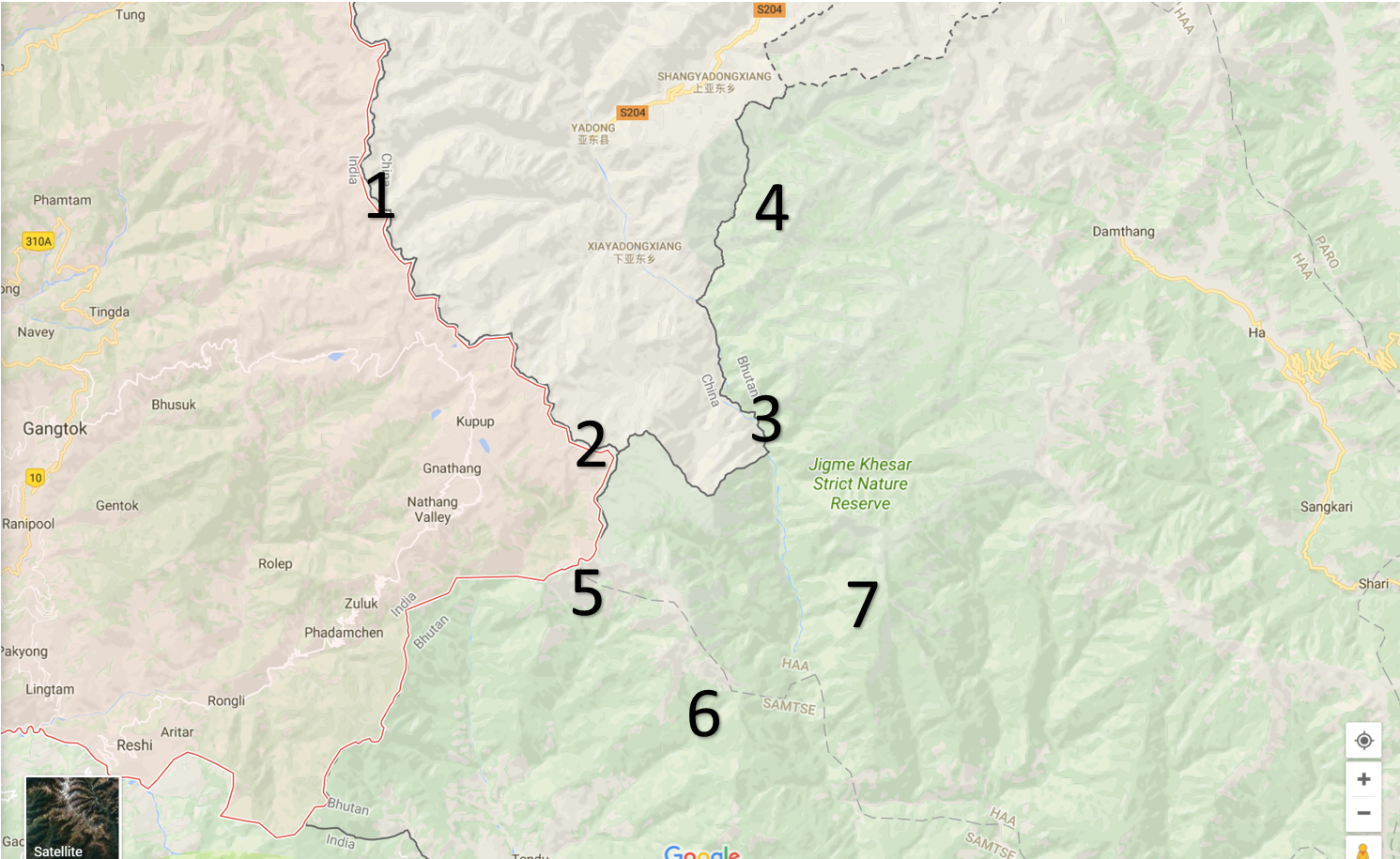 Finally, this is another Google map to give a context of the larger area. 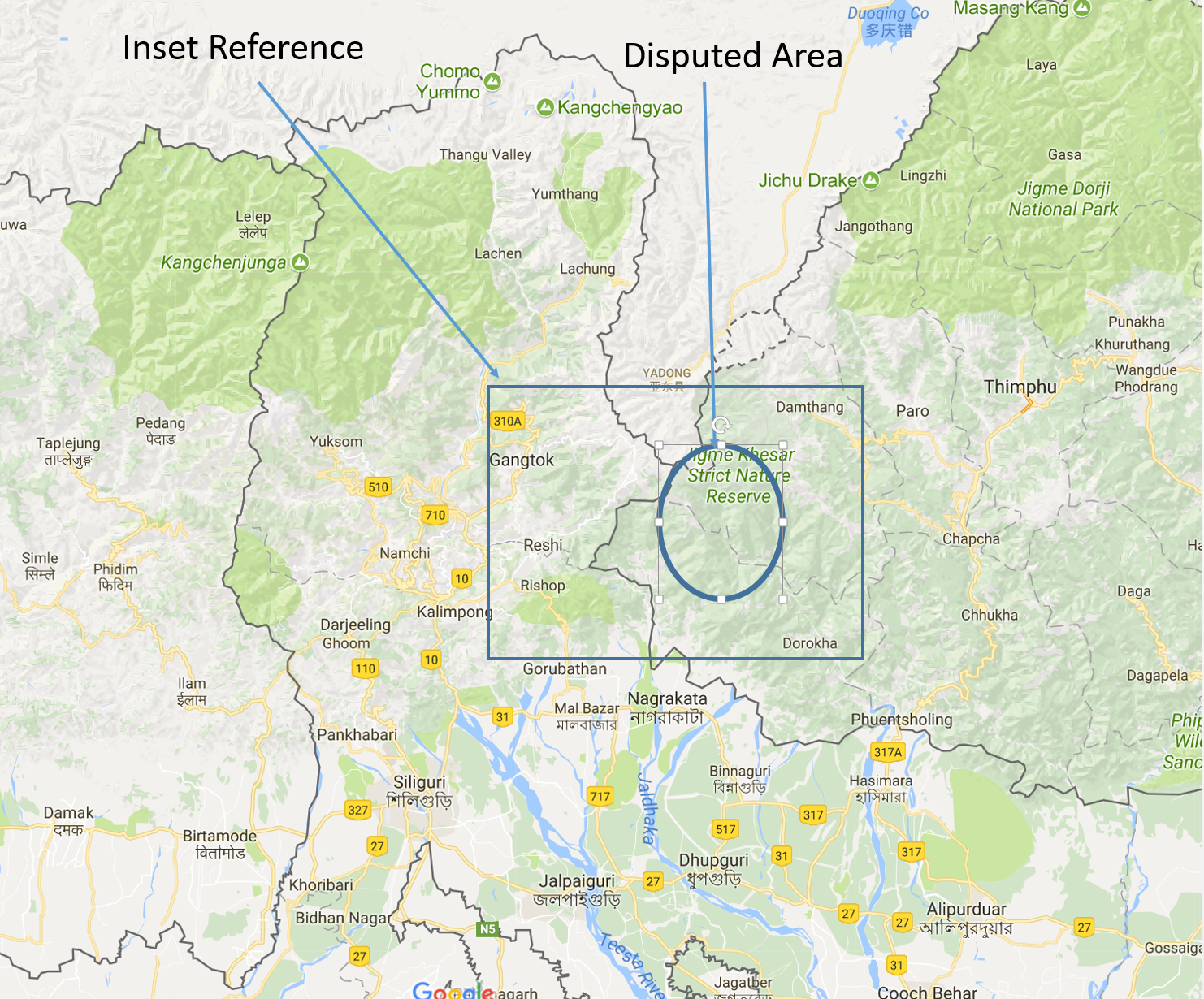 Please follow the numbers to identify primary points of context. The disputed area is roughly the territory joined by joining #2, 5, 6, 7 & 3. As you can see from the normal map, Indo-China border runs from 1 to 2, joining all the highest points. #2 is the tri-junction of Bhutan, India & China. British drew the boundary between Tibet and Bhutan by joining 2 & 3 and going north toward 4 and onward. They claimed that there is a gap between 2 & 3 and since 2 & 3 are the highest mountain in the nearby area, the north-south line should run by joining 2 & 3 (both about 14000 ft high). The problem is that China believes that the mountain at #6, is also very high mountain in the region (height 11200 ft) and that a line of somewhat high mountains go from 2 to 5 to 6 (as you can see from the topographical map) and therefore, logically one could argue that area under 2, 5, 6 & 3 is north of the north-south line.

Reality is that there is SOME truth to what China says, The geographical division is very gray in this area. There is no way to argue that the line joining 2 & 3 is the ONLY correct way to determine north-south line. There is another way to form this line and that’s what China wants to use.

Point of this whole note is that it is NOT correct to say that China is a bully and therefore India should stand up to it and not give in and go to war if necessary. This, along with many such gray areas on the McMahon line, have to be negotiated. Indian public needs to understand that we will have to give and take.

We can’t assume that British-determined line is automatically ours.

Nehru made this mistake and not only refused to negotiate with China but also sent ill-prepared troops forward in disputed areas in 1962 leading to humiliating defeat. PM Modi is doing a somewhat similar mistake, although, at least till now, they have been trying to reason with Chinese.

Both of them have done the mistake of NOT explaining the problem to the Indian public. And that is sad.