Fishhead Nebula (IC 1795) is a bright emission nebula of about 70 light-years across with glowing gas and dark lanes of obscuring dust, located just over 6,000 light-years away from Earth in the northern constellation of Cassiopeia. The stars inside IC 1795, energizing the nebula and making it glow, have not yet emerged from their natal cocoon. In other words, we can’t see the massive stars lighting up this nebula. This suggests that the stars inside are very young, on the order of millions of years. That is young in comparison to stars like the Sun, which is nearly 5 billion years old. These stars are also probably quite massive, since the nebula is so prominent and bright.

I had taken this image earlier in 2016 and now I have tried doing the same image using a different color scheme, which is known as Hubble Palette. Took this image over 15 hours with 19 images of Hydrogen Alpha, 13 of Oxygen & 13 of Sulphur of 20 minutes each.

This is the image from 2016. This image was also mostly taken during the bright Moon using Hydrogen Alpha filter. 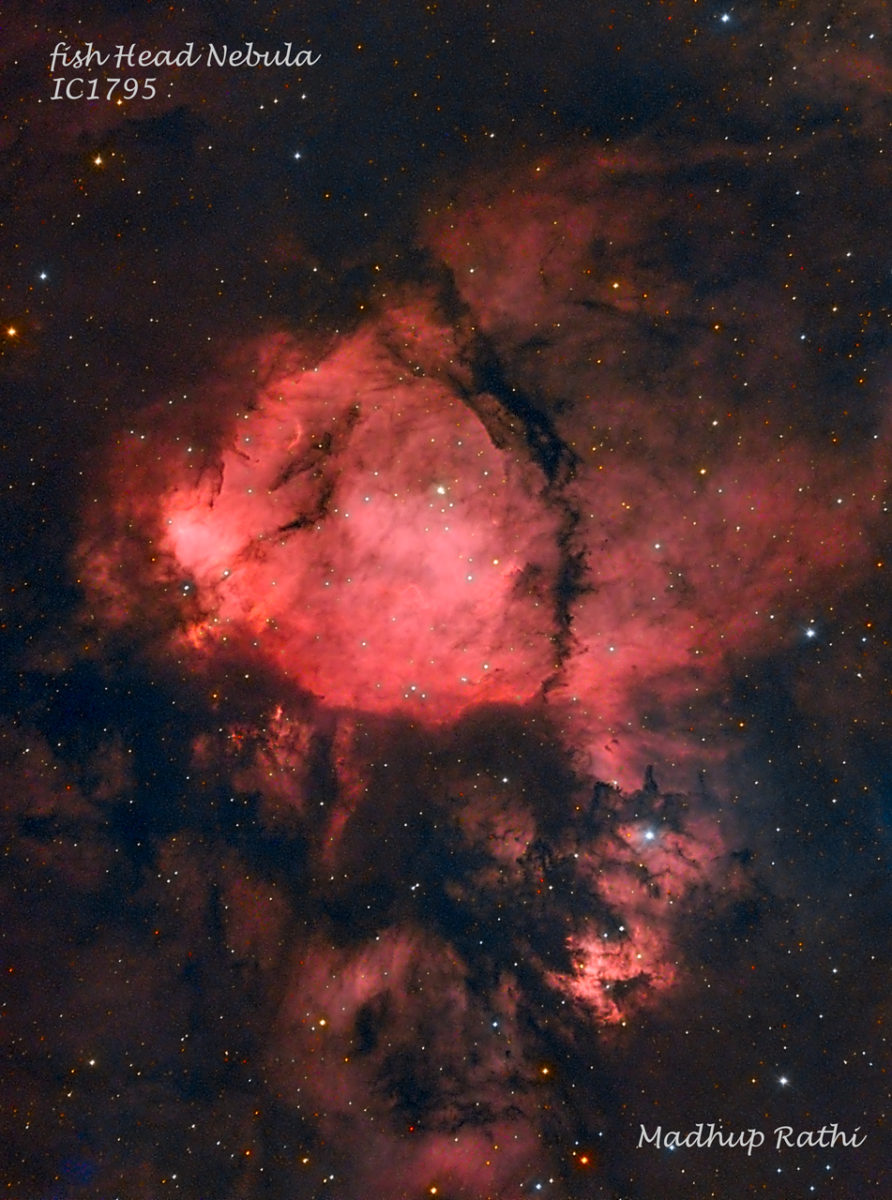