If our Sun were near the center of M56, the night sky would glow like a jewel box of bright stars. Hundreds of stars would glow brighter than Sirius, and in many different colors. Although these stars could become part of breathtaking constellations and intricate folklore, it would be difficult for planetary inhabitants there to see — and hence understand — the greater universe beyond. M56 is one of only about 170 globular clusters of stars that exist in our Milky Way Galaxy.

M56 is at a distance of about 32,900 light-years from Earth and measures roughly 84 light-years across, with a combined mass some 230,000 times that of the Sun. It is about 31000–32000ly from the Galactic Center and 4800 ly  above the galactic plane. This cluster has an estimated age of 13.70 billion years and is following a retrograde orbit through the Milky Way.

This appears as a rather small cluster as seen from Earth due to its distance and that’s why I had to crop this image by about 20% on top of the native 75 times magnification. 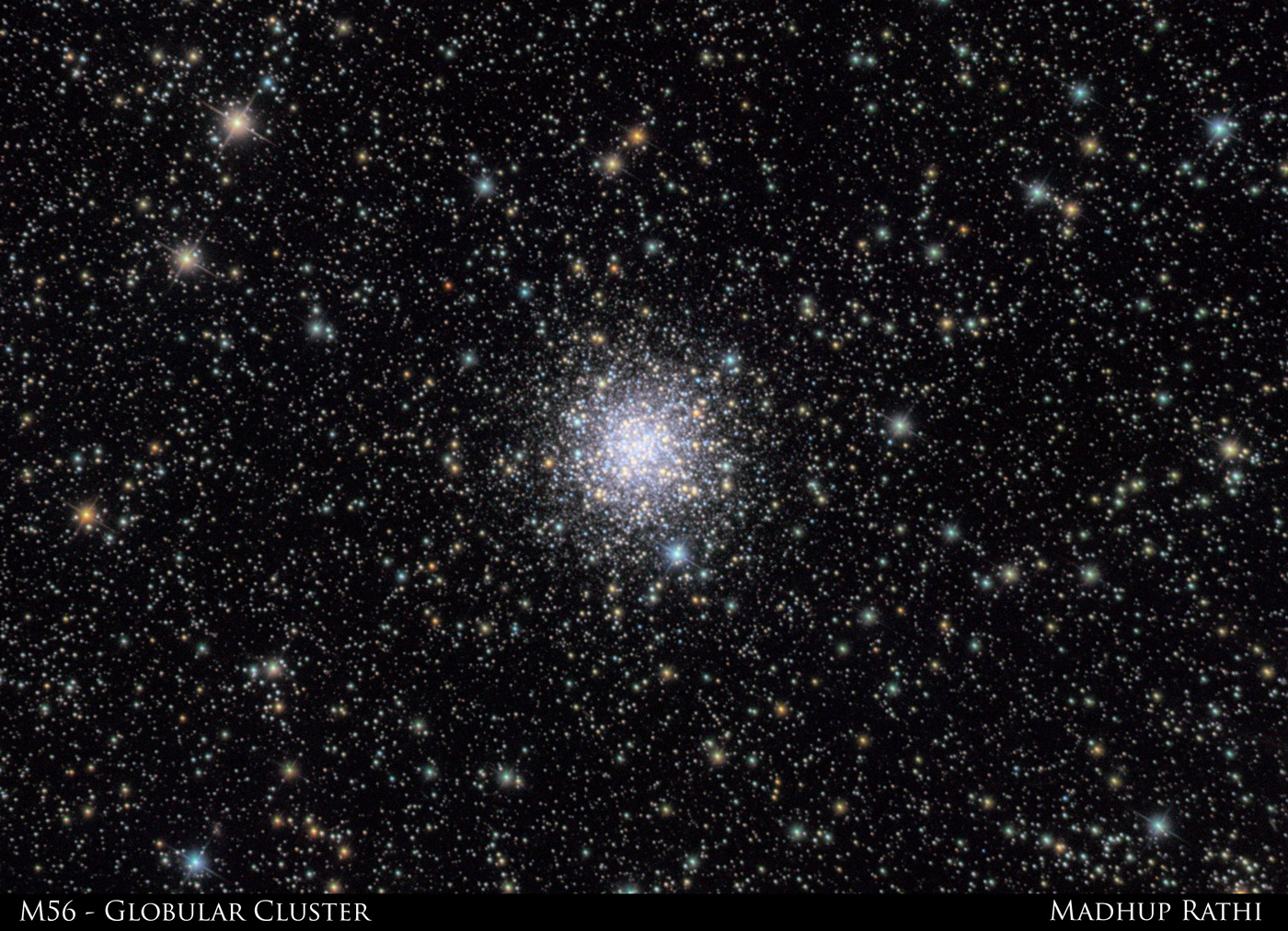