Some 10 million light-years distant and about 50,000 light-years across, the spiral galaxy also seems to have more than its fair share of giant star forming HII regions, marked by the reddish glow of atomic hydrogen gas. The giant HII regions are energized by clusters of hot, massive stars that explode as bright supernovae at the end of their short and furious lives. A member of the M81 group of galaxies, NGC 2403 closely resembles another galaxy with an abundance of star forming regions that lies within our own local galaxy group, M33 the Triangulum Galaxy. All stars (some of them spiky) are within our own Milky Way and happen to be in the line of sight of this galaxy. The stars of the NGC 2403 cannot be seen in this image as they are rather small due to the distance and a collection of those give shape to the spiral arms.

The rays of light from top-right appear due to a defect in telescope as any bright star in the view of the scope creates this aberration. But, it looks cool as it is sort of throwing a spot light on the galaxy! 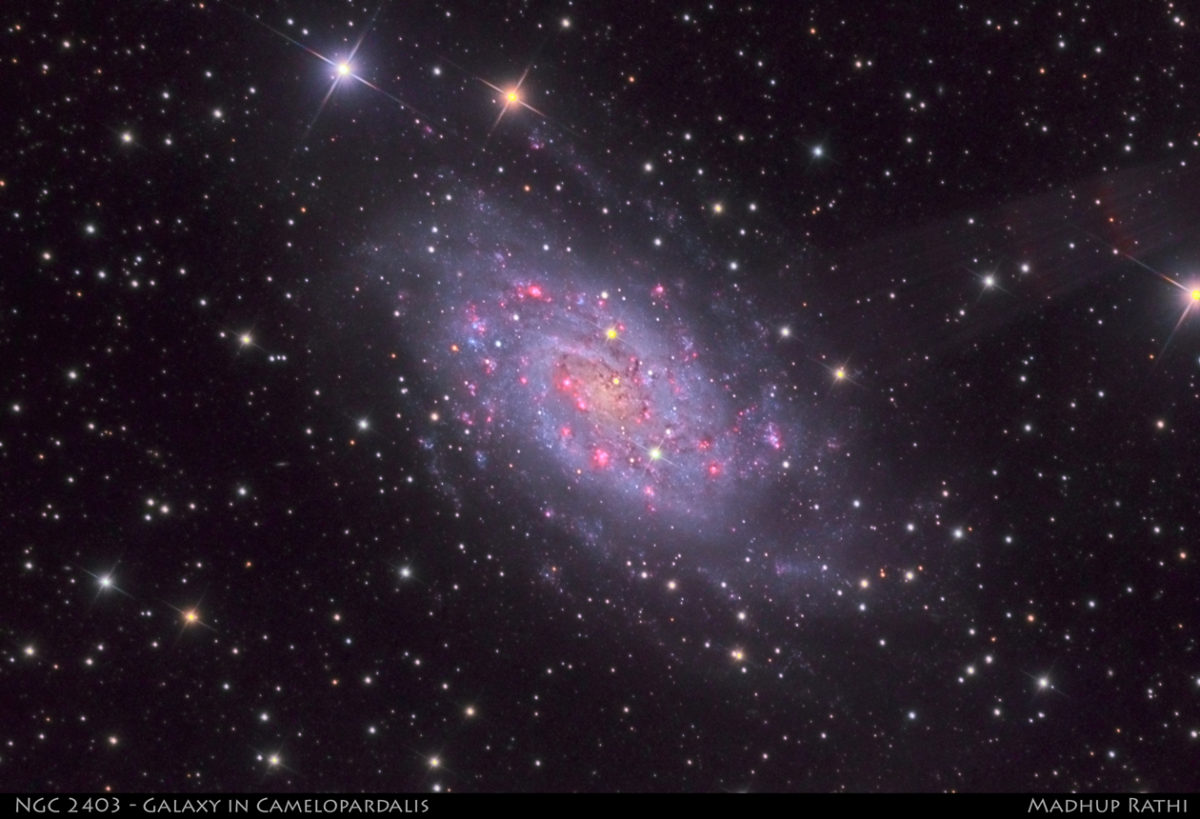