NGC 891 is an edge-on spiral galaxy about 30 million light-years away in the constellation Andromeda. NGC 891 looks as the Milky Way would look like when viewed edge-on (some astronomers have even noted how similar to NGC 891 our galaxy looks as seen from the Southern Hemisphere) and in fact both galaxies are considered very similar in terms of luminosity and size. 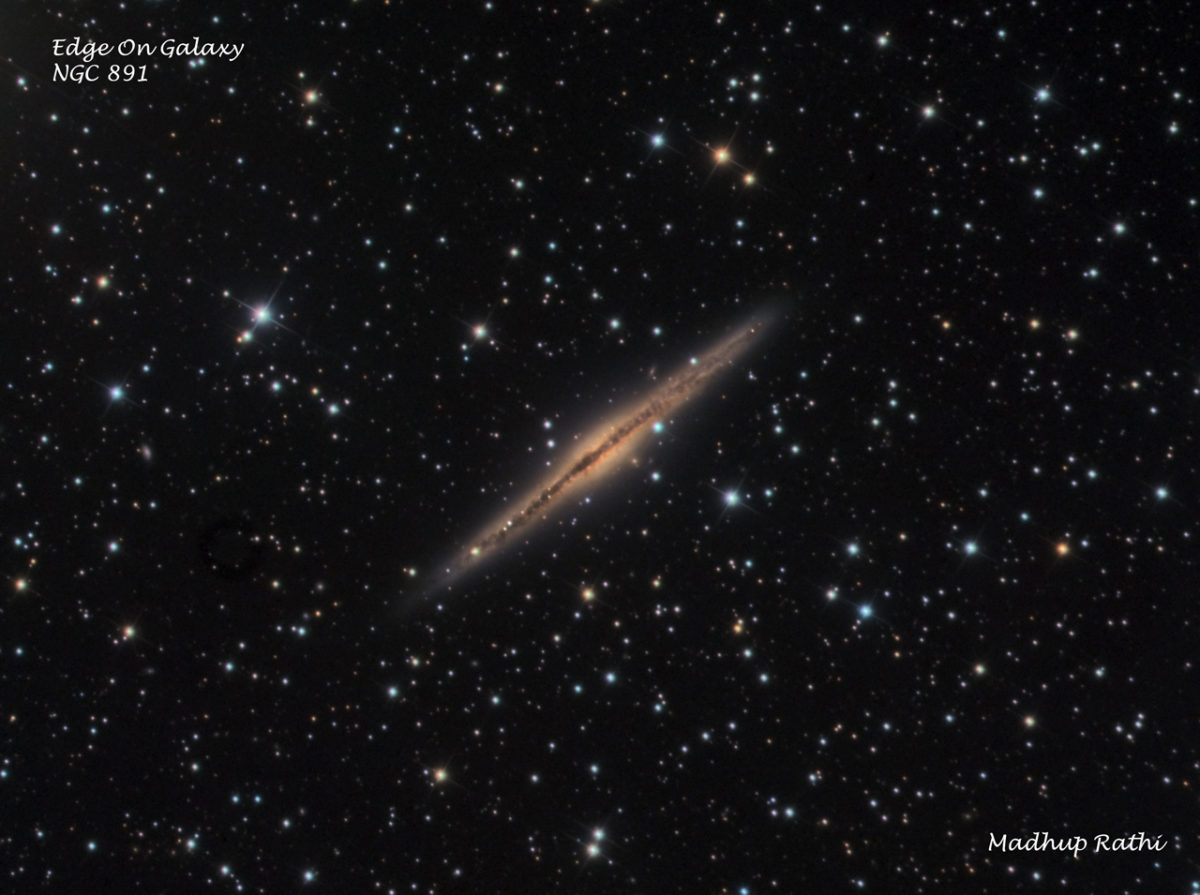