Last week, I had posted Splinter Galaxy, an edge-on galaxy that was rather thin. This week, I am posting the Hamburger Galaxy (NGC 3628), which is also a edge-on galaxy, except that it is rather fat! Has had too much star matter! NGC 3628 hides its spiral structure because it is seen perfectly edge-on, exactly as we observe the Milky Way on a clear night.

The tantalizing island universe is about 100,000 light-years across and 35 million light-years away in the northern springtime constellation Leo. NGC 3628 shares its neighborhood with two other large spiral galaxies M65 and M66 (see my image http://madhuprathi.com/m65-m66-galaxies-in-leo/) in a grouping otherwise known as the Leo Triplet. Gravitational interactions with its cosmic neighbors are likely responsible for the extended flare and warp of this spiral’s disk. 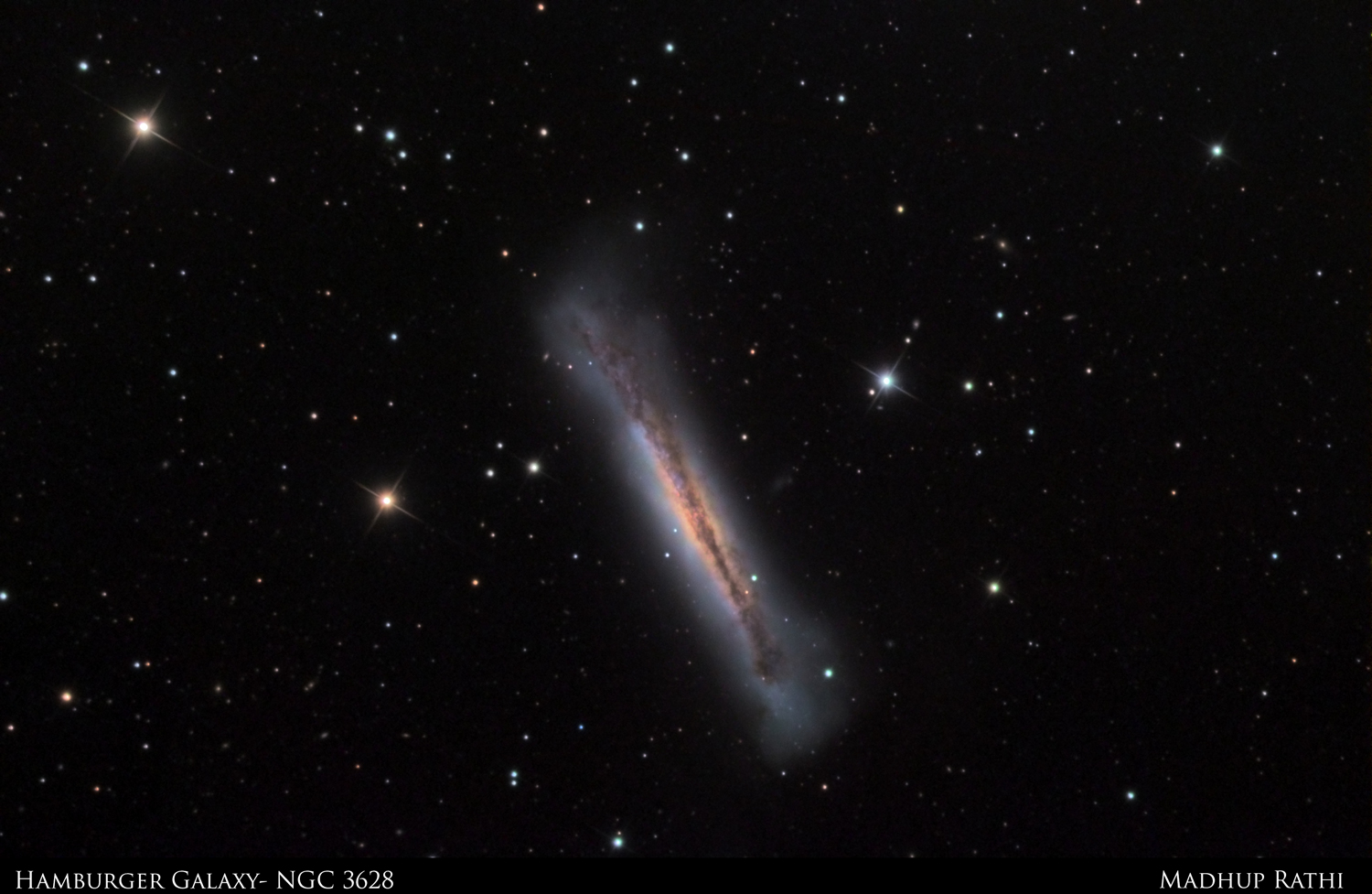