Those who follow my pictures closely will notice that I have imaged this galaxy many times. It’s because I love this galaxy and try to image it every year to get better results than the last year to apply my new techniques that I acquire over the year. The Whirlpool Galaxy, also known as Messier 51a, M51a, or NGC 5194, is an interacting grand-design spiral galaxy with an active galactic nucleus in the constellation Canes Venatici. It was the first galaxy to be classified as a spiral galaxy. Recently it was estimated to be 23 ± 4 million light-years from the Milky Way, but different methods yield distances between 15 and 35 million light-years. The galaxy and its companion on right, which it is interacting with, are easily observed by amateur astronomers. The Whirlpool Galaxy is also a popular target for professional astronomers, who study it to further understand galaxy structure (particularly structure associated with the spiral arms) and galaxy interactions. I took this image over 13.5 hours (Luminance filter (13 images of 30 minutes) and adding 7 images of 20 minutes each of each color (Red, Blue, Green)). 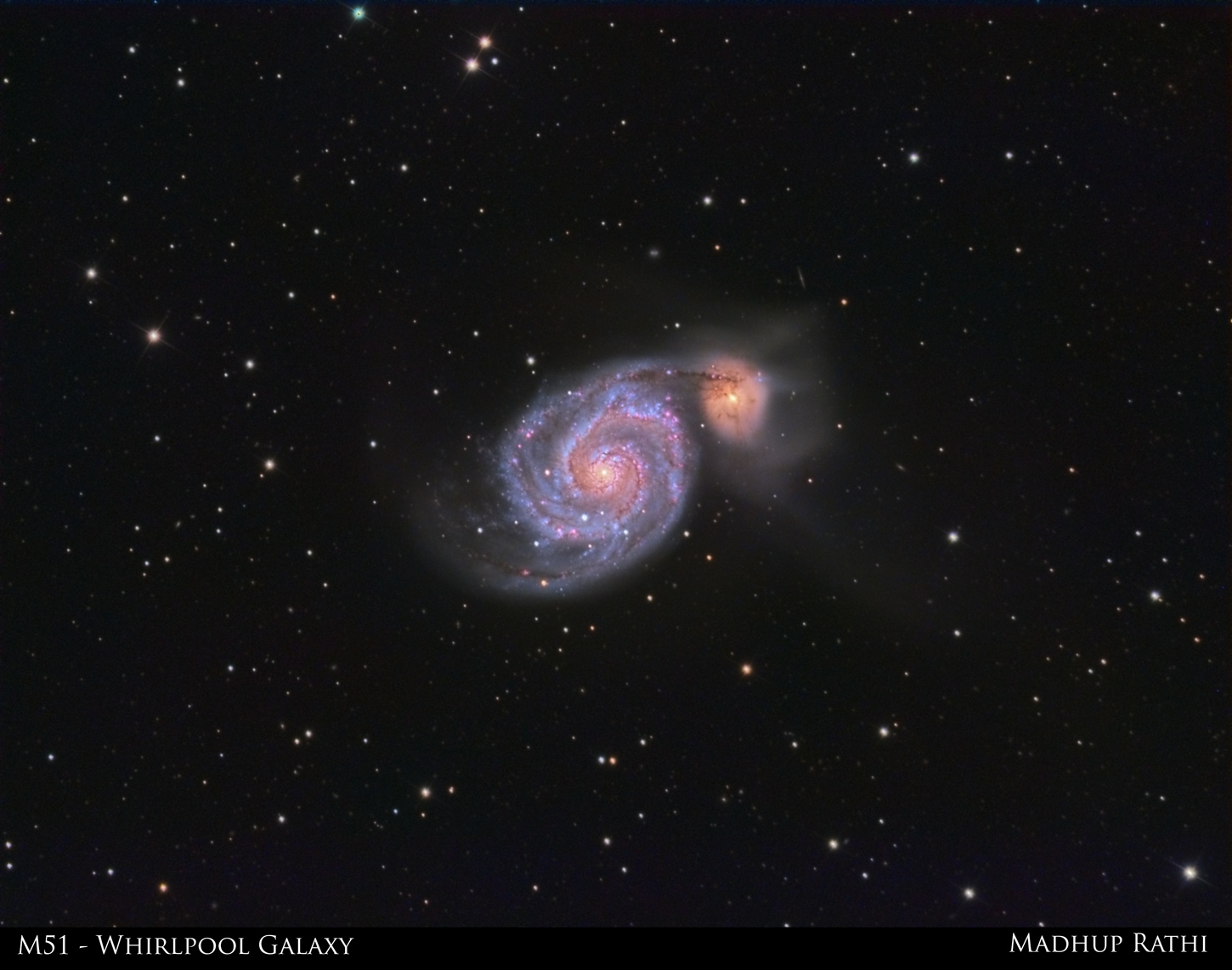