A rather UGLY looking galaxy!

Similar in size to large, bright spiral galaxies in our neighborhood, IC 342 is a mere 10 million light-years distant in the constellation Camelopardalis. A rather large galaxy, IC 342 would otherwise be a prominent galaxy in our night sky, but it is hidden from clear view and only glimpsed through the veil of stars, gas and dust clouds of our own Milky Way galaxy. Because of the intervening dust of the spiral arms of the Milky Way, the blue waves coming from the stars of the galaxy are dissipated and we are left with a yellow-looking galaxy. If we were to somehow go outside the Milky Way and look at this galaxy, it would look similar to other galaxies in terms of it’s color composition, but, our Milky Way makes it look yellow.

I took this image over 12.15 hours. There were 14 Luminance images of 30 minutes each and 7 images each of 15 minutes for Red, Blue & Green colors.

I have some collimation (alignment) problem with my telescope making the stars look rather strange. It’s being fixed shortly. 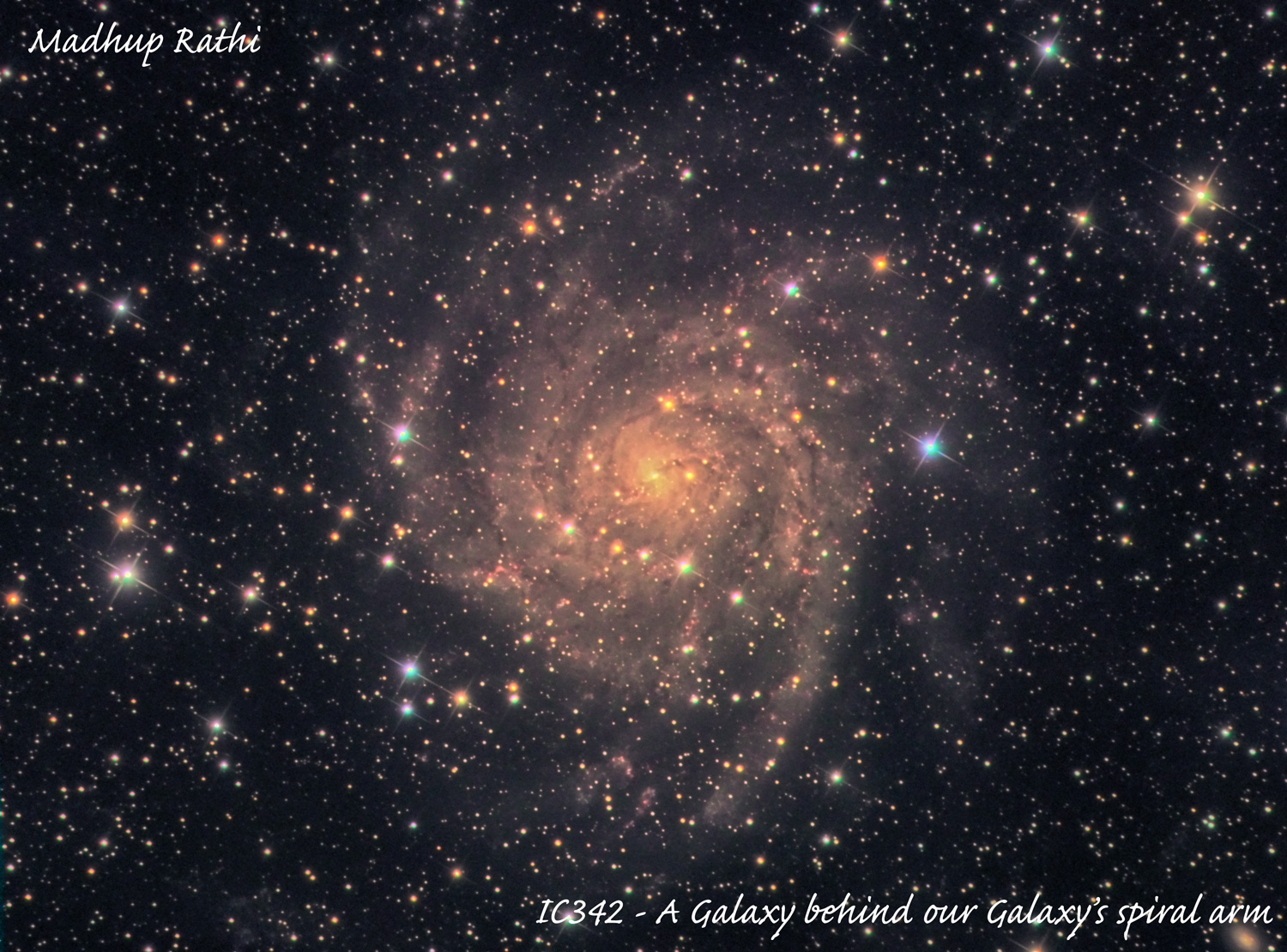