Normally, I take images of galaxies with nice spiral arms. Sometimes I shoot edge on galaxies, which look flat from our angle. Then there is another group of galaxies, which are somewhat boring to look at. These are elliptical galaxies. In these galaxies, you cannot see any structure as all the stars are just clumped together in three-dimension and is without any structure. The stars go around the center of the galaxy in random orbits. Also, usually these galaxies are old in age, so they have a yellow color as their predominant color as there are few young hot blue stars. These galaxies are created by collision of 2 or more spiral galaxies. This is how our galaxy will look like when we merge with Andromeda, our neighboring large galaxy in about 4.5 billion years from now.

I have an exercise for you. If you download this picture and carefully look for background galaxies, you will see about 27 small galaxies in this image. Tip – anything that is not a round star and is a little smudgy and non-round is a galaxy. Basically you are hunting for galaxies, some of which are billion plus light-years away! 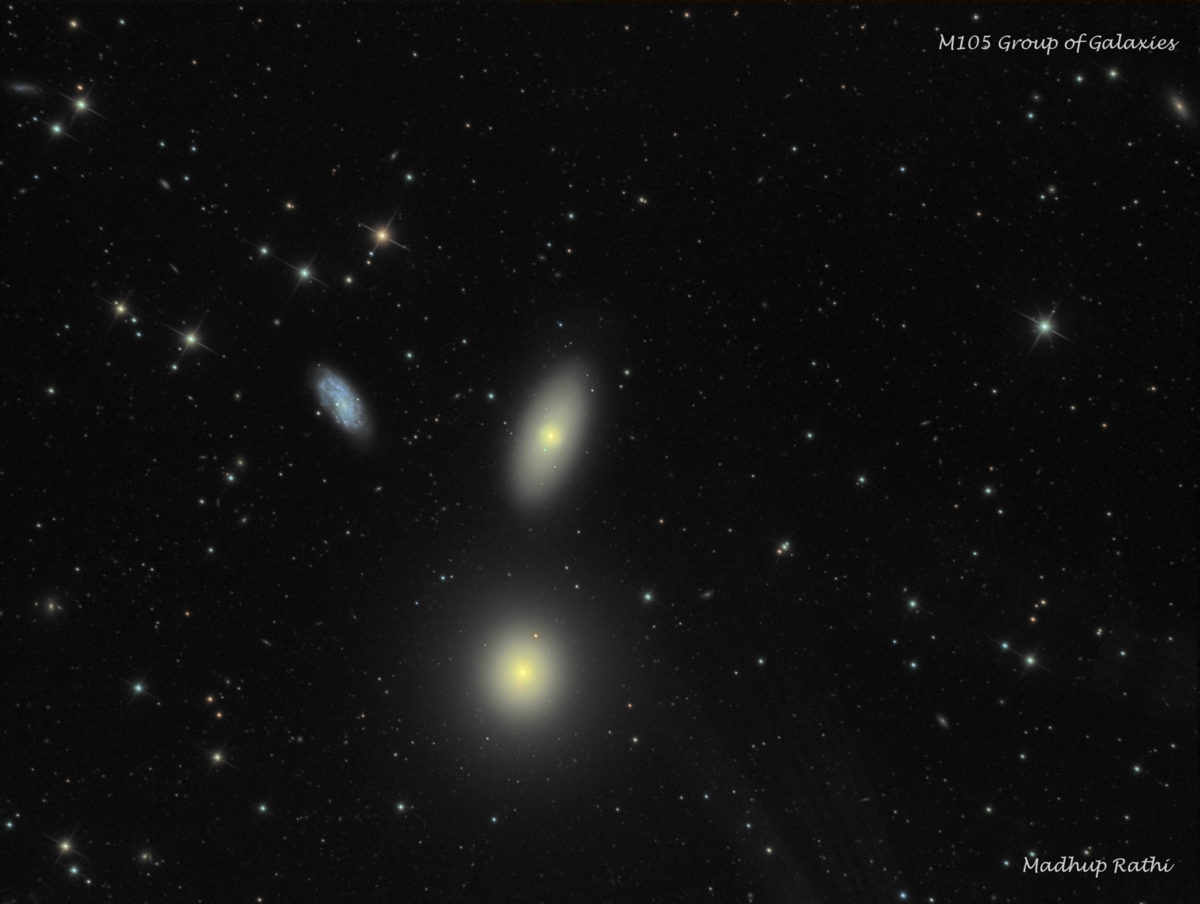