The large galaxy in this picture is a spiral galaxy about 40 million light-years away in the constellation Pegasus. The galaxy is similar in size and structure to the galaxy we inhabit, and is often referred to as “the Milky Way’s twin”. Also notice smaller galaxies above the main galaxy and one at 3 and one at about 5. Those fuzzy balls are galaxies that are about 300-350 million light years away. The winds were a factor so the stars are little too large in this image. This picture was taken over 8.5 hours. 6 hours of luminance (20 minutes each) and 2.5 hours of RGB data (10 minutes each). The name of this galaxy has no relation to the shape of objects, it’s just the discoverer’s prerogative! Also, the images in cropped by about 20%. 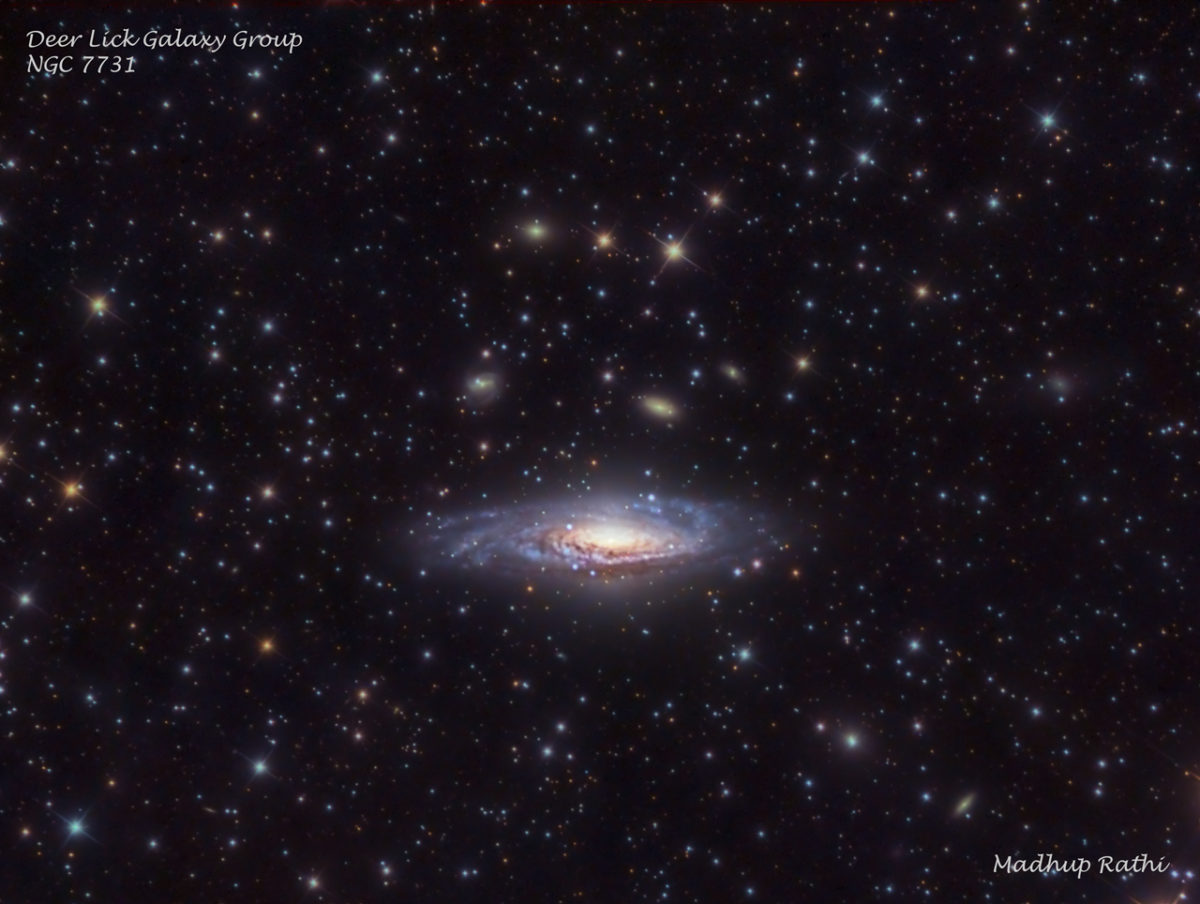